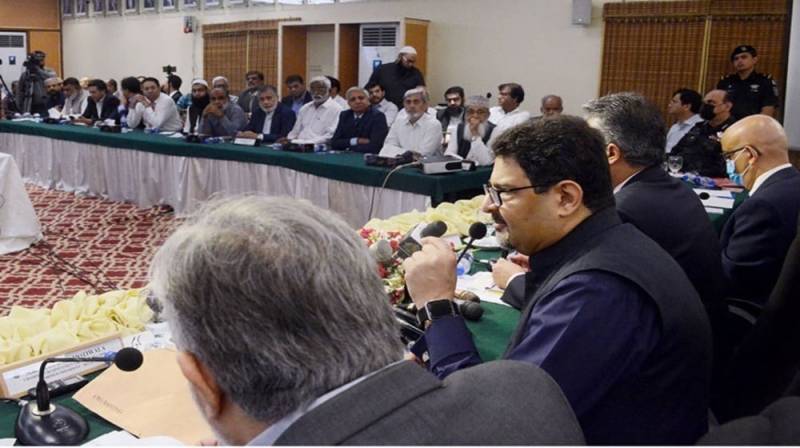 Finance Minister Miftah Ismail Tuesday said that with increased hydel power, lower energy demand, and lower oil prices, Pakistan may even have a balance of payments surplus in the coming months.

The minister expressed these views during a meeting hosted by Pakistan Stock Exchange (PSX). Speaking on the occasion the minister said that macroeconomic stability was forthcoming with the International Monetary Fund (IMF) programme resuming before the end of August as all conditionalities have been met.

With regard to tax measures, the minister stated, “Fiscal discipline will be strictly followed and all additional expenditures will be fully funded by tax measures. 10 percent Super Tax is only imposed for one year while alternative revenue streams are developed. Advance-to-deposit ratio (ADR)-linked tax on banks will not be imposed retrospectively and tax revenues from the retail sector are expected to be significantly more compared to last year.”

The participants urged that the payout ratios of profitable state-owned enterprises (SOEs) should be raised to 50 percent. Given the imminent board meetings, there was an urgency for guidance for SOEs to declare healthy dividends, which would result in dividend income and tax revenue for the government, giving it fiscal space for reducing circular debt as well. The finance minister agreed and directed that a meeting be held immediately with the relevant ministry and all relevant stakeholders to consider this matter.

The participants also pointed out that the market valuations presented compelling opportunities for entities like State Life Corporation and Employees’ Old-Age Benefits Institution (EOBI) to invest in listed equities for the benefit of their policyholders and pensioners.

In terms of the macroeconomic situation prevailing in the country, the participants emphasized that the government’s funding should be strong and taxation measures should be equitable. Movements in PKR/USD exchange rate have been too volatile and changes to this effect should be gradual. With regard to the interest rates, it was pointed out that interest rates in almost all countries of the world are negative and this must be taken into account in the context of interest rates in Pakistan.