In a foreign policy recalibration, Pakistan decides to take Pak Russia ties to new highs under Putin
9 May, 2018 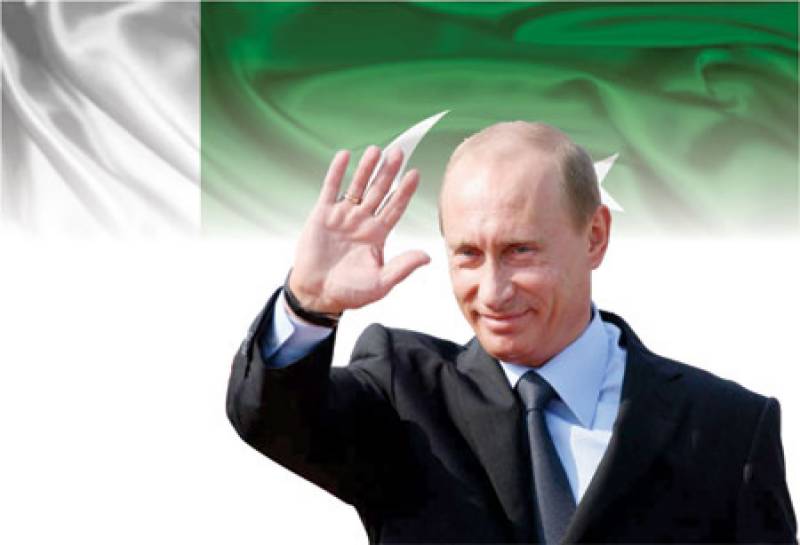 ISLAMABAD - In a foreign policy shift in the backdrop of the US souring relations with Pakistan, Pakistan has decided to take relationship with Russia to new heights under Vladimir Putin who started his new term in office this week, officials said.

Senior officials at the foreign ministry told The Nation that Putin had been ‘warm’ to Pakistan for years and Islamabad was happy over his continuity at the Kremlin.

Putin took oath for a fourth term as Russia’s President on May 7 opening another six years ruling the country where he has been in power for almost two decades.

A highly placed official at the foreign ministry said that Pakistan had immediately conveyed felicitations to the Russian leader and showed optimism to work with him for a closer relationship.

“Under Putin, we have come out of the bitter memories of the cold war and stepped into a new phase of friendship. We hope to turn it into a partnership in the coming years. We aim to take the Pak-Russia to new heights,” he said.

The visit was aimed to provide opportunity to explore ways and means to further strengthen cooperation in political, economic, trade and investment, defence, education and cultural fields.

A statement issued after the February talks said: “Russia enjoys a special place in our foreign policy. The relations between the two countries have been growing steadily in all fields. Regular high-level exchanges between the two countries in the last few years is a manifestation of mutual desire of both sides for translating political good will into a substantive and multidimensional partnership. The two countries are also celebrating the 70th anniversary of establishment of diplomatic relations this year.”

Asif and Lavrov had earlier met on the sidelines of the UN General Assembly session in New York in September 2017. Last year, the Russian President had offered to mediate between Islamabad and New Delhi to ease tension in South Asia. The move was welcomed by Islamabad but India refused to oblige.

President Putin had also refused to condemn the 2016 Uri attack and China also denied support India’s bid for the Nuclear Suppliers Group membership. While China’s response was expected by Pakistan, Russia’s neutrality gave them the boost they wanted as Islamabad took the Kashmir issue to the global powers.

Officials said Pak-Russia relationship was on a positive trajectory. Both the sides have signed defence agreement, held joint military exercises and Russia was investing $2 billion in South-North gas pipeline project.

Foreign Office spokesperson Dr Mohammed Faisal said Moscow and Islamabad had shared aspirations for regional development and prosperity, and that the friendship between the two countries was fast evolving into a mature partnership.

He reaffirmed the relations between the two countries were characterised by mutual trust, commonality of interests, and convergence of views on important regional and global issues.

“In the backdrop of multiple recent developments that have seen Pakistan-Russia relations touch historic new heights, the anniversary of Russia-Pakistan relations is being celebrated in both countries with great fervour and zeal,” he said.

Shanghai Cooperation Organization, he said, provided a useful forum for enhancing mutually beneficial cooperation between its member states. He said exercise “Peace Mission 2018” was being hosted by Russia in September under the SCO agreement on Conducting Joint Anti-Terrorist Military Exercises among the member states to which both Pakistan and India acceded at the time of joining the organization in June 2017.