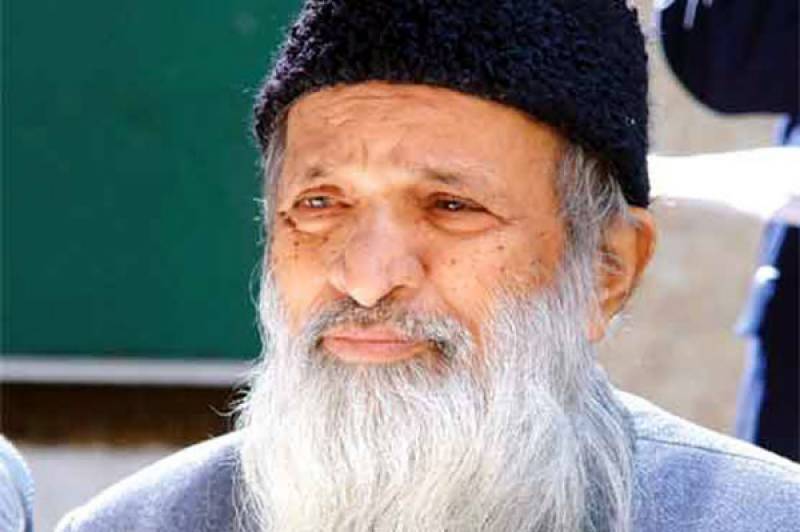 NEW YORK (APP): American print and electronic gave prominent coverage to the passing away in Karachi of Abdul Sattar Edhi, the Pakistani philanthropist, calling him a revered figure and the "greatest Pakistani", while underlining the fact that he lived modestly despite the vast sums of money that passed through his charitable foundation.

After giving details about his career and hard work in the service of humanity, The New York Times, America's leading newspaper, said Edhi's name became "synonymous with charitable causes and who achieved an almost saintly status in Pakistan."

The paper said Edhi worried that social progress had not matched the world's material and technological advances. "People have become educated," he was quoted as saying, "but have yet to become human."

"Known in Pakistan as 'Angel of Mercy' for his social work that also won international acclaim, Edhi had established a welfare foundation almost six decades ago that he oversaw together with his wife, Bilquis Edhi," the Associated Press, the American news agency, said in a dispatch.

The Wall Street Journal said, "A famously ascetic figure, always clad in simple clothes, Mr Edhi said he had no desire for worldly belongings and cared only about serving humanity," noting that his final wish was to be buried in the clothes he wore when he died and for any of his usable organs to be donated.

"Starting with a small medical aid service in 1951, Mr Edhi grew his organization into one of Pakistan's largest and most respected philanthropic services," the daily newspaper said.

"The Edhi Foundation today runs a nationwide network of ambulances, orphanages, women's shelters, and medical and food aid centers. It receives millions of dollars in donations from Pakistan and around the world. Mr Edhi personally worked in the field, helping victims of natural disasters and terrorism, until his health no longer allowed it."

'New York NOW', a respected television channel, said, "Widely admired for his stubborn integrity - he only accepted private donations, refusing government offers of support - and commitment to helping Pakistan's destitute and forgotten, Edhi was often referred to as 'Pakistan's Mother Teresa'. He saw charity as a central tenet of Islam and lived humbly with his wife, Bilquis, in the same building as his organization's offices.

"But unlike Mother Teresa, Edhi had to operate in the face of death threats and other obstacles. In past years, his ambulances were attacked, as were volunteers who worked for his organization.

Islamists occupied one of his Karachi facilities, and the baby cradles he and Bilquis set up to accept unwanted babies were criticized as encouraging out-of-wedlock births." But, it said, Edhi defied the threats and continued his work which was of purely humanitarian nature.