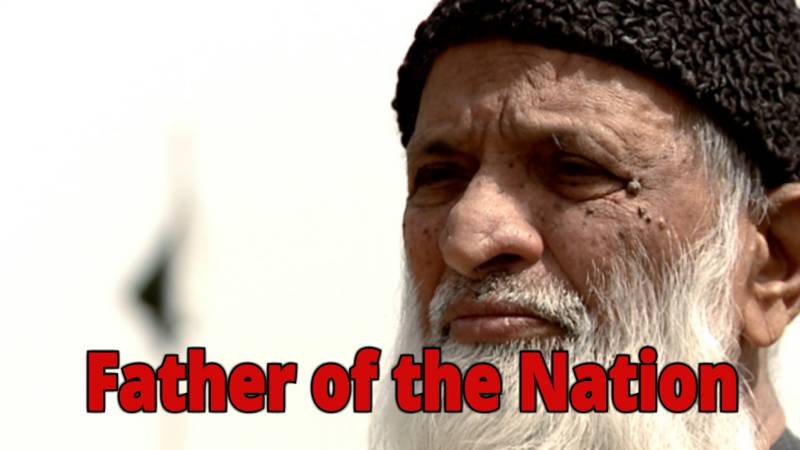 Abdul Sattar Edhi (1 January 1928 – July 8, 2016), Nishan-e-Imtiaz was a prominent Pakistani philanthropist, social activist, ascetic and humanitarian. He was the founder and head of the Edhi Foundation in Pakistan.

Together with his wife, Bilquis Edhi, he received the 1986 Ramon Magsaysay Award for Public Service. He was also the recipient of the Lenin Peace Prize and the Balzan Prize. In 2006, Institute of Business Administration Pakistan conferred an honoris causa degree of Doctor of Social Service Management for his services. In September 2010, Edhi was also awarded an honorary degree of Doctorate by the University of Bedfordshire.In 1989 Edhi received the Nishan-e-Imtiaz from the Government of Pakistan.

To his death Edhi remained a simple and humble man. He owned two pairs of clothes, never took a salary from his organisation and lived in a small two bedroom apartment over his clinic in Karachi. He was recommended for a Nobel Peace prize by the Prime Minister of Pakistan with more than 30,000 signing a petition by Ziauddin Yousafzai, the father of Malala Yousafzai for his nomination. On 25 June 2013 Edhi's kidneys failed and it was announced that he will be on dialysis for the rest of his life, unless he finds a kidney donor.The Guardian called him 'a legendary charity worker known for his asceticism'. He was called the greatest living humanitarian in the world in a 2013 article in The Huffington Post.

He was born in 1928, his family and mother had low-income and modest resources in the city of Bantva in what is now Gujarat, western British India. Edhi's first interaction with human suffering occurred at the age of eleven, when his mother was physically paralysed and later suffered from mental illness. Edhi spent his waking hours caring for her, and her worsening health and eventual death left a lasting impact on his life. In 1947, at the age of 19, Mr. Edhi's family was forced to flee their hometown and relocate to Karachi. Finding himself in a new city without any resources, Edhi resolved to dedicate his life to aiding the poor, and over the last sixty years, he has single handedly changed the face of welfare in Pakistan. Edhi founded the Edhi Foundation, with an initial sum of a mere five thousand rupees. Regarded as a guardian for the poor, Edhi began receiving numerous donations, which allowed him to expand his services. To this day, the Edhi Foundation continues to grow in both size and service, and is currently the largest welfare organisation in Pakistan. Since its inception, the Edhi Foundation has rescued over 20,000 abandoned infants, rehabilitated over 50,000 orphans and has trained over 40,000 nurses. It also runs over three hundred and thirty welfare centres in rural and urban Pakistan which operate as food kitchens, rehabilitation homes, shelters for abandoned women and children and clinics for the mentally handicapped.

Edhi Foundation runs the world's largest ambulance service and operates free nursing homes, orphanages, clinics, women's shelters, and rehab centres for drug addicts and mentally ill individuals. It has run relief operations in Africa, Middle East, the Caucasus region, eastern Europe and United States where it provided aid following the New Orleans hurricane of 2005. In November 2011, Edhi was recommended for a Nobel Peace prize by the Pakistani Prime Minister Yousaf Raza Gillani.Abdul Sattar Edhi suffered renal failure as announced on 26 June 2013 at SIUT and needed a kidney donationbut this did not happen before his death. His son Faisal Edhi, wife Bilquis Edhi and daughters managed the daily operations of the organization during his ill health.

Peace Prize from (former USSR ) for services in the Armenian earthquake disaster, (1998)

Honorary Doctorate degree from the Institute of Business Administration Karachi (2006).

Silver Jubilee Shield by College of Physicians and Surgeons, Pakistan, (1962–1987)

The Social Worker of Sub-Continent by Government of Sindh, Pakistan, (1989)

Nishan-e-Imtiaz, civil decoration from the Government of Pakistan (1989)

Recognition of meritorious services to oppressed humanity during the 1980's by Ministry of Health and Social Welfare, Government of Pakistan (1989)

Khidmat Award by the Pakistan Academy of Medical Sciences