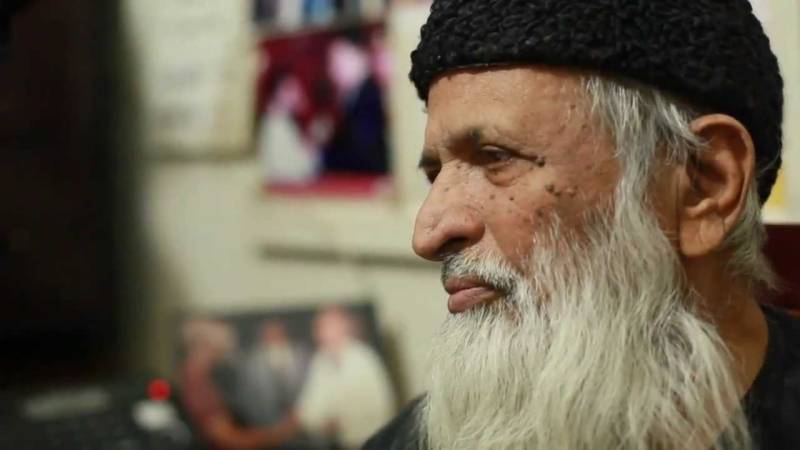 "He was a real gem and asset for Pakistan. We have lost a great servant of humanity," the Prime Minister said in his condolence statement.

He said Abdul Sattar Edhi was the real manifestation of love for those who were socially vulnerable, impoverished, helpless and poor.

He termed it an irreparable loss for the people of Pakistan and announced a day of mourning, Nishan-i-Imtiaz post-humously and a state funeral for late Abdul Sattar Ehdi.

"If anyone deserves to be wrapped in the flag of the nation he served, it is him."

The Prime Minister said he wished he could have received more recognition during his life time, but this was the least we can do to commemorate a life filled to the brink with empathy and compassion.

The Prime Minister prayed for the eternal peace of the departed soul.

The Prime Minister quoted late Abdul Sattar Edhi as saying "People have become educated, but have yet to become human."

He said there was no doubt in my mind that few men that have walked this earth have been as educated in humanity as Abdul Sattar Edhi.

He said, "With his passing comes the passing of an era where we had a man who stood above and beyond partisanship, hate and demagoguery."

Prime Minister Nawaz Sharif said this was not only a loss for Pakistan, but also a tragedy that has made waves internationally, and rightly so.

The Prime Minister said late Edhi was a humanitarian and a man of the people till his very last breath, and "we cannot thank him enough for being a guiding light towards empathy in a nation divided."

"A man of his stature deserves nothing but the utmost respect upon his passing."

Prime Minister Muhammad Nawaz Sharif said though he wished to attend late Edhi's funeral in person, however said that my present position deprives me of the ability to do so.

However, he said his brother Chief Minister Punjab will be attending the funeral in his place.

"Rest assured, I shall pray for his wellbeing in the life beyond and do whatever I can to commemorate him and his life," the Prime Minister said.