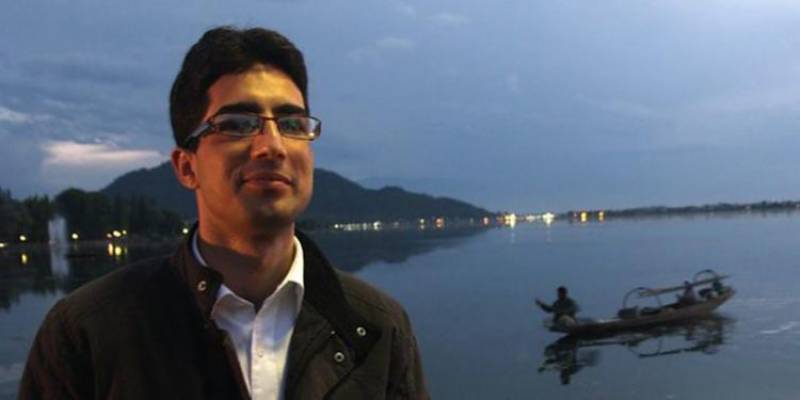 *NEW DELHI - *Shah Faesal, who topped the civil service examinations in 2010 and worked as an IAS officer in Jammu and Kashmir, has resigned from the civil services to protest the “unabated killings in Kashmir” and rise of Hindutva forces, the Wire has reported.

“To protest against the unabated killings in Kashmir, and lack of any sincere reach-out from the Union Government; the marginalization and invisiblization of around 200 million Indian Muslims at the hands of Hindutva forces reducing them to second-class citizens; insidious attacks on the special identity of the J&K State and growing culture of intolerance and hate in the mainland India in the name of hypernationalism, I have decided to resign from Indian Administrative Service,” Faesal said in a Facebook post.

Faesal also brought up the “subversion of public institutions like RBI, CBI and NIA” under the Narendra Modi regime, saying it had the “potential to decimate the constitutional edifice of this country”.

The state government has received Faesal resignation, according to the *Indian Express* link .

As soon as the news of his resignation spread on social media, National Conference leader Omar Abdullah welcomed Faesal to the political fold.

The bureaucracy’s loss is politics’ gain. Welcome to the fold @shahfaesal link. link

Reacting to social media posts which claimed that Faesal will join the NC in the coming days, Omar said he only welcomed the IAS officer to politics. “Actually I welcomed him to the fold of politicians. His future political plans are his to announce,” the former chief minister said.

In July last year, the Jammu and Kashmir government had initiated a departmental inquiry link into Faesal after he tweeted about frequent rapes. The Centre’s Department of Personnel and Training reportedly asked for the inquiry.