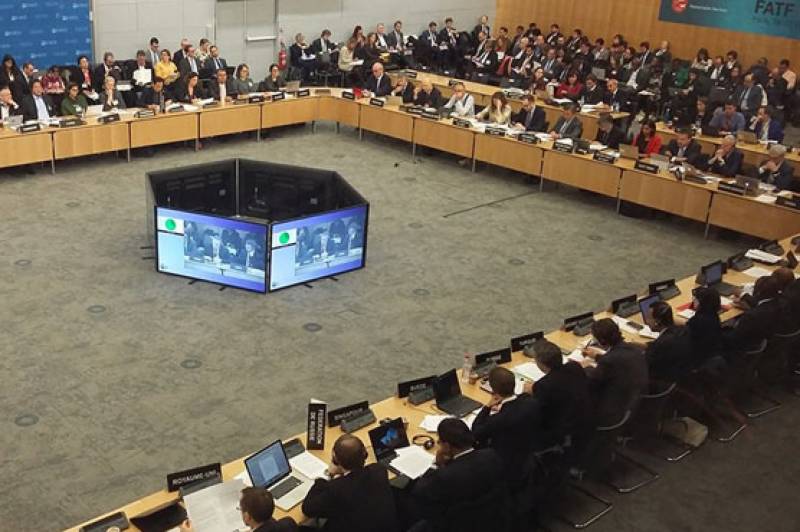 *SYDEY - Pakistan has presented before the Financial Action Task Force it's implementation Report over the issue of greylist.*

Pakistan has frozen the bank accounts and assets of banned outfits, a delegation of the Pakistani government told the Asia Pacific Group (APG) of the Financial Action Task Force in Sydney on Tuesday.

Based out of Paris, the FATF is an inter-governmental body that combats money laundering, terrorist financing and threats to the international financial system.

It put Pakistan on its grey list in June 2017 because of deficiencies in the country’s Anti-Money Laundering (AML) and Countering of Terrorist Financing (CTF) regulations.

Pakistan and the APG, which Pakistan is a member of, began the first round of dialogue in Sydney where government officials briefed the latter about actions it has taken against banned outfits involved in terrorist financing.

In the Sydney briefing, Pakistani officials told the APG that they have frozen the accounts and assets of the Jamaat ud Dawa and its welfare wing the Falah-e-Insaniat Foundation. Other banned outfits whose assets were seized include the Da’ish, Taliban, Al-Qaeda, Lashkar-e-Taiba, Jaish-e-Mohammad and Haqqani Network, according to the briefing.

Last October, an FATF delegation visited Pakistan for two weeks to assess the country’s progress on countering money laundering and financing of terrorism.

The FATF gave the government an action plan to exit from the grey list. Later in December, Pakistan prepared a Terrorism Financing Risk Assessment report, which includes drug trafficking, kidnapping for ransom, external funding, extortion, and robberies among primary sources of terrorism financing in Pakistan.

The report will be presented to the APG in the ongoing Sydney dialogue, which is an extension of that process and will end on January 10.

The APG will then present Pakistan’s case before the FATF in February.