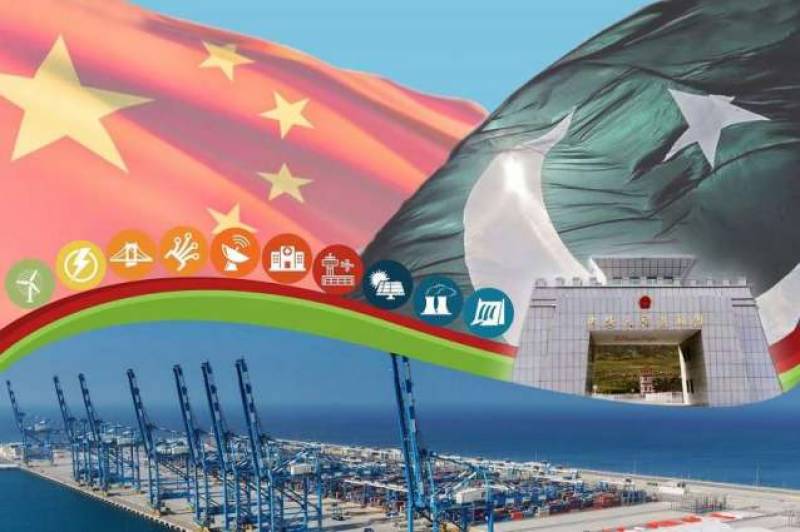 BEIJING: The construction of China Pakistan Economic Corridor (CPEC), a rare development opportunity in Pakistan's history, has entered the harvest stage with 11 projects completed and as many in the late stage of completion.

“Although Pakistan has many difficulties now, I think Pakistan is having a rare development opportunity in its history. The construction of the CPEC has entered the harvest period with 11 projects completed and other 11 projects in the late stage of construction,” Cheng Xizhong, a senior fellow with the Chahar Institute, said in his article published in the China Economic Net here on Tuesday.

He said these days, there is a lot of good news about power plant construction. Unit one of Hub Power Plant has been connected successfully and will soon be put into commercial operation. Qasim Coal-Fired Power Plant has generated 7.559 billion kWh of electricity and paid more than 167 million US dollars tax to the Pakistani government.

With the successful operation of several large-scale power stations under the corridor framework, Pakistan's power shortage is being significantly improved, thus providing a tremendous impetus for the country's overall and rapid development, he added.

At the same time, he said the transportation infrastructure construction under CPEC framework will lead the development of special economic zones, industrial parks, processing and manufacturing zones, science and technology parks and service industries along the corridor.

“It will not only promote the development of industrialization and science and technology, but also create a large number of employment opportunities, train plenty technical personnel, and enhance the country’s export capability,” he added.

Prime Minister Imran Khan said recently that the main task of his government in 2019 is to fight poverty, illiteracy, injustice, and corruption.

He said now Pakistan is facing difficulties and the Chinese government has made it clear that it will continue to provide support and assistance to Pakistan's economic and social development through assistance, trade, investment, and all-around pragmatic cooperation.

Saudi Arabia has also expressed its willingness to invest 9 billion US dollars in the CPEC and the construction of a large-scale refinery in Gwadar.

He remarked that the CPEC is a huge project jointly constructed by China and Pakistan. It is a development project, a hematopoietic project, the largest livelihood project, and a well-being project. Its main purpose is to cultivate Pakistan's economic development ability, social progress ability, and self-reliance ability.

Cheng said he remembered that 40 years ago, in the early days of economic reform and opening up, China faced similar problems, such as lack of funds, lag in technology and poverty among the people.

At that time, China formulated a series of policies to continuously improve its investment environment and attracted a lot of foreign investment and advanced technology, which led to the country's overall technological progress and rapid economic development.

After 40 years of unremitting efforts, China has become the second largest economy in the world, he added.

China and Pakistan are all-weather friends. The high integration of society, economy, technology and culture between the two countries is conducive to build a shared future of the two peoples.