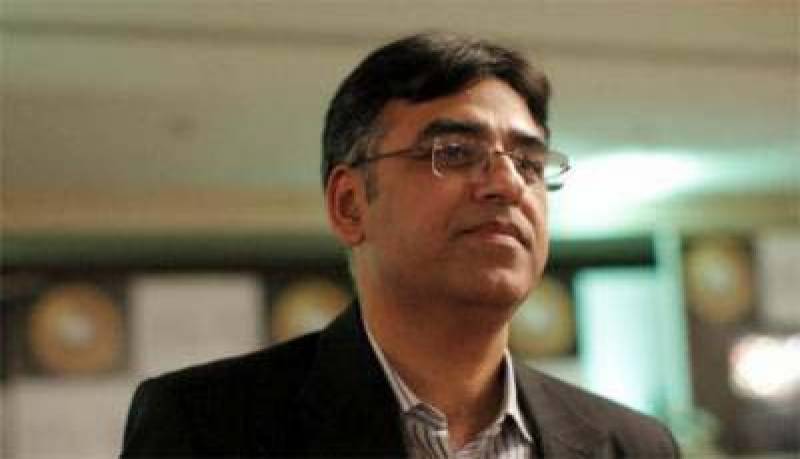 ISLAMABAD - Finance Minister Asad Umar on Monday envisaged that the country’s economic growth rate would be the highest in 15 years by 2023 on the completion of five-year term of the the incumbent government.

Without giving any consolidated target figures, he said it would not be a managed growth, but a sustainable one, as the government had initiated various reforms to put the economy on right track and resolve its major issues.

Launching a medium-term framework “A Roadmap for Stability, Growth and Productive Employment” here at the BISP headquarters, the minister said, “More importantly, this sustainable growth would not be achieved by increasing the fiscal deficit, nor by creating balance of payments crisis, but would be on sustainable grounds after resolving all the fundamental issues of the economy.”

He said the World Bank had reported that if Pakistan continued its journey on the right path with consistency, it would have $2 trillion economy by 2047 and would be ranked among countries having upper middle incomes.

Asad viewed that economic policies should be devised keeping in view future prospects. If the policies were focused on winning next elections instead of welfare of future generations, the same cycle of problems would be repeated. He expressed the hope that after five years, the next finance minister would not be explaining here how he had to face balance of payment crisis or to opt for International Monetary Fund (IMF) assistance, or the reasons for increasing inflation and depreciation of rupee.

The agreement the government was going to sign with the IMF would be the last one, he hoped. The minister opined that the people had to face hard time due to implementation of fundamental reforms and blamed the previous government for all the crises.

He said the country had been facing basic economic issues for decades now, which included current account deficit, fiscal deficit, and low investment and savings. Under the framework, measures had been introduced to resolve the problems and lay a strong economic basis.

Asad Umar said owing to the government measures, the economy had entered into the stabilization stage after facing severe challenges adding that this phase would continue for about one and a half year, after which the country would go towards sustainable growth. He said that government was working on short, medium and long term measures by restructuring fundamentals of the economy including tightening the current account as well as fiscal deficit, enhancing revenue collection, promoting exports, increasing savings for investments and introducing the ease of doing business.

He said that under the mid-term economic framework, reforms would be introduced to streamline the tax system of the country by separating the administrative and policy setups of Federal Board of Revenue.

The minister said that information system, digitization and integrated data sharing system was being evolved by making amendments in the constitution in order to strengthen the collection mechanism. Besides, the government was taking steps for enhancing the enforcement capacities, simplifying the returns filing system and bringing more transparencies.

The minister said that government was planning to introduce asset declaration scheme, which broadly was aimed at documentation of economy adding that in this regard the system of collecting information from abroad was now in place.

He said the draft of the mid-term policy framework would be shared with the standing committees of the National Assembly and the Senate and their suggestions would be sought to bring further reforms in the framework. Asad Umar said that rules and regulations for the Benami law was finalized and the notices were being served to all such persons having Benami property and assets.

With regard to exchange rate and strengthening the value of rupee against dollar, the minster said that the country had to faced immense losses due to the wrong decisions of the previous government to keep the real exchange rate high and keeping the rupee overvalued. The minister said that the exchange rate was just an instrument for an economy, but it was not used to measure the power of the economy. “We have kept our currency overvalued for several years, which only supported the importers and their consumers of these luxury items,” he said.

He said government was taking measures to stabilize the exchange rate by restructuring its fundamentals and promoting the exports of the country adding that government had introduced sales tax refunds certificates under which the exporters had claimed refunds amounting to Rs45 billion.

He said that this move of the government would help to overcome the liquidity issues of the exporters besides making the local exports more competitive and helping them to capture more markets for their products.

The minister said the government was also focusing on promoting regional trade by improving connectivity through Afghanistan, Tajikistan, Iran, Turkey, India and China. The minister said that negotiation for the development of road link was also discussed with World Bank to further improve the road network within the region for harnessing the true potential of trade existing in different sectors of the regional economies.

He said during his visit to Washington DC, he would meet with the finance ministers of Tajikistan and Afghanistan to discuss prospects of bilateral trade and investment with these countries.

“Traditionally Iran has been kept isolated, but we are mulling over to reach the European market by enhancing road and rail connectivity with Iran and Turkey,” he added.

He said Pakistan was ready to discuss issues including Kashmir with India to normalize relations with it and promote regional trade.