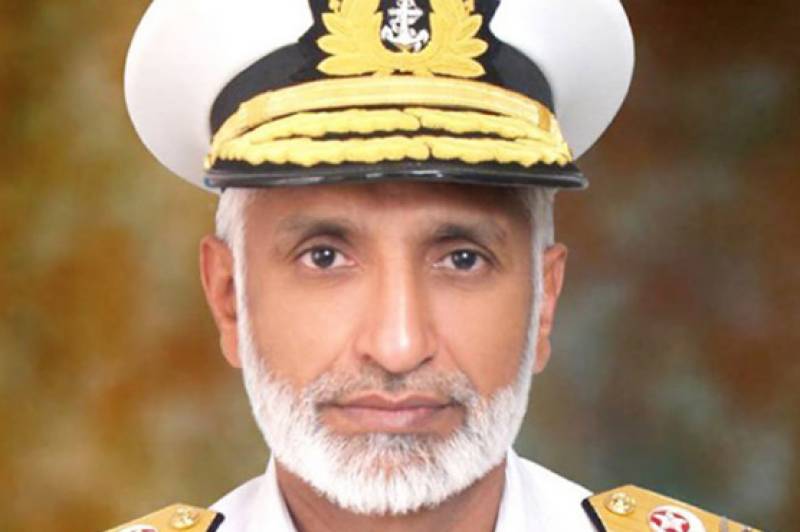 KARACHI  – Outgoing chief of the navy staff Admiral Zakaullah has said on his farewell address on Saturday that there is no greater honour than to have been associated with such a noble profession.

While addressing the ceremony organised at PNS Zafar, he thanked Almighty Allah to have bestowed upon him the sacred onus of commanding Pakistan Navy for the defence of mother land.

The Admiral acknowledged that there was no greater privilege and honour for him than to have been associated with such a noble profession and an array of dauntless, devoted and capable officers and men.

The Admiral added that when he took over the Command of Pakistan Navy three years ago, it was his ardent desire to command a multi-dimensional Naval Force, which maintains the highest level of operational preparedness, fully capable of defending the sea frontiers and safeguarding maritime interests in consonance with national security aspirations.

He said that today, he stood affirmed that owing to strenuous hard-work of officers and men, Pakistan Navy has transformed into one of the most professional forces in the world.

Admiral Muhammad Zakaullah impressed upon the fact that the contemporary complex and challenging security environment in the region entails that we must have coherent and lucid perception of the security calculus.

Pakistan Armed Forces are an impregnable defence against all those elements which resort to nefarious designs against our country. While highlighting the socio-economic importance of CPEC and Gwadar port for the country, the outgoing Naval Chief underscored that viability and assured dividends of CPEC related projects will augment mutual cooperation with other regional countries besides ushering economic stability in the region.

Muhammad Zakaullah also said that while relinquishing the command of Pakistan Navy, he felt pride for having dedicated his life and services for an excellent force. He thanked Govt of Pakistan for entrusting confidence and rendering support and cooperation in discharging his duties. The Admiral also expressed gratitude for Principal Staff Officers, NHQ staff, Field Commands and Navy civilians for extending steadfast support and arduous devotion.