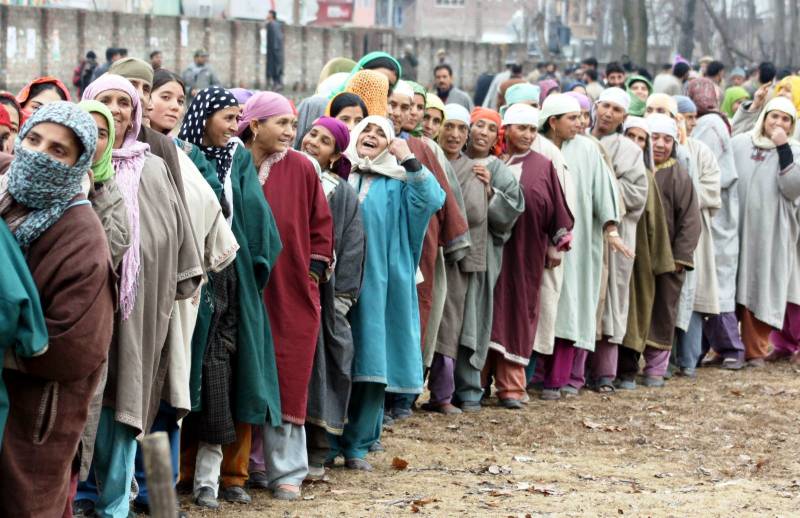 SRINAGAR - According to BBC, More than 26 years ago, Indian soldiers allegedly raped more than 30 women in the Kashmiri villages of Kunan and Poshpora. Those who survived the attack are still fighting for justice, as Aliya Nazki from BBC Urdu reports.

It was 23 February 1991. The people of Kunan, a tiny village in Indian administered Kashmir's Kupwara district, were retiring for the night after a cold winter day. Zooni and Zarina (not their real names) were also getting ready to go to bed when they heard a series of loud knocks on the door.

At the time, India had started a large scale military operation in an attempt to control a popular armed insurgency against Indian rule in Kashmir. So-called "cordon and search" operations, locally called "crackdowns", were becoming routine and still persist to this day.

In the 1990s, this would entail Indian security forces isolating an area, getting all the men out, and then searching the houses. The men would be paraded in front of an informer - and suspected militants or those deemed sympathisers would be picked up and taken away.

When Zooni and Zareena saw soldiers on their doorstep that night, they thought it was the beginning of another of these so-called crackdowns. The men were taken away, and the soldiers came in, as was the established practice. But remembering that day makes their eyes fill with tears even now.

"We were getting ready for bed when the soldiers came. They took the men away. Some started drinking alcohol. I was holding my two-year-old daughter in my arms when they tried to grab me.

"I resisted, and in the scuffle she fell out of my arms, and out of the window. She was crippled for life.

"Three soldiers grabbed me, tore my pheran, my shirt - I don't even know what all happened after that. There were five of them. I still remember their faces."

Zareena was also in the same house. It had only been 11 days since her wedding.

"I had returned from my parents' house that very day.

"Some soldiers asked my mother-in-law about all the new clothes hanging in the room, so she told them, 'here, she is our new daughter-in-law, our new bride'.

"What happened after that, I cannot begin to describe it. We haven't just been wronged, what we have faced is an infinite injustice. Even today when we see soldiers we start shaking with fear."

The people of Kunan and neighbouring Poshpora accuse the Indian army of carrying out a planned mass rape of the women in these two far-flung villages. They also claim that while the women were gang-raped, the men were subjected to horrific torture, and that they have been fighting for justice these last 26 years.

In Srinagar when I spoke with a minister in the state government, Naeem Akhtar, about these allegations he said that in conflicts like Kashmir truth often gets obscured by the layer of dust that settles on it.

And now it seems a group of young Kashmiri women are determined to wipe this dust away.

In 2014 they filed a petition to reopen the case in the state High Court.

Natasha Rathar, a young scholar, is one of those women who put their names on that petition.

Natasha, along with four other young Kashmiri women, has also authored an award-winning book on this case, called Do You Remember Kunan Poshpora?

Natasha said that their motivation for reopening the case was quite simple.

"This was such a big case of mass rape, in which those affected had actually come forward and had demonstrated so much courage.

"And there was a huge body of evidence too. So we felt that this case needed to be reopened."

And it was reopened. After a long and difficult process the Jammu and Kashmir High Court directed the state government to pay compensation to those affected.

The state government initially agreed, but then changed its mind, and challenged the High Court's decision in the Supreme Court of India, where the case is still being heard.

The Indian Army has always denied the allegations.

When we requested an interview, they sent us a statement.

An army spokesperson told us that these allegations had been independently investigated three times, and that the case had been closed due to conflicting statements.

In Kashmir most officials seem to speak in what sound like cautious parables.

But not all. We spoke with Nayeema Ahmad Mahjoor, who heads the state commission for women's rights.

She told us very clearly that she believes that this crime was committed against the people of Kunan and Poshpora, and that this should be proved in court.

She however stressed that the state government cannot interfere in the legal process.

What really happened in Kunan and Poshpora that fateful winter night is something we might never find out.

But a new generation is coming of age here now. The village and its houses are changing, and yet there are some painful memories that continue to haunt the residents.