Pakistan’s Imran Khan should have learnt from Turkey’s Erdogan over dealing with the Army: International media report
7 Apr, 2022 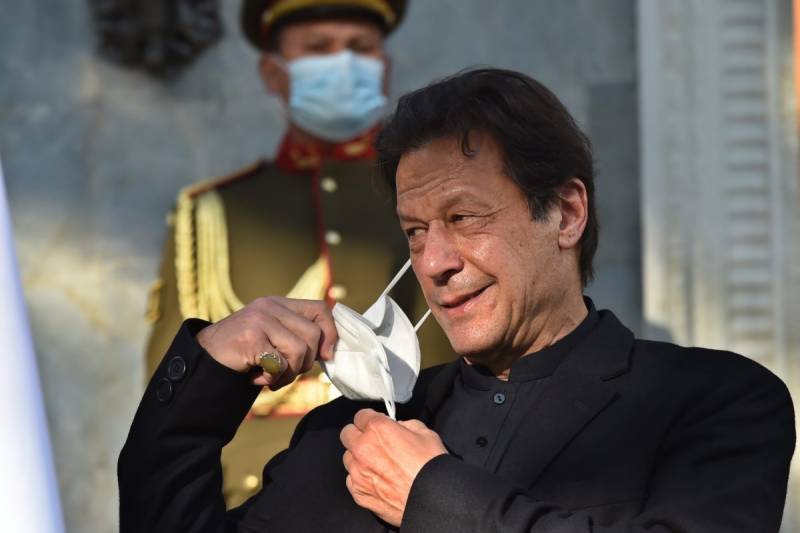 Pakistan is going through a constitutional crisis after Prime Minister Imran Khan avoided a no-confidence vote on Sunday which was initiated by opposition legislators late last month in an attempt to oust him amid accusations of economic mismanagement and spiralling inflation. In response, Khan claimed that a "foreign conspiracy" was being hatched by the US to overthrow his government over its "independent" foreign policy posturing which was steering the country away from the West and closer to the Sino-Russian axis.

The opposition, led by political dynasties the Pakistan People's Party (PPP) and the Muslim League-Nawaz (PMLN), said that they have the support of 195 members of parliament, well over the 172 needed to oust Khan's ruling Pakistan Tehreek-e-Insaf (PTI) coalition government. However, Deputy Speaker Qasim Suri, an ally of Khan and fellow PTI member, dismissed the no-confidence motion, citing Article 5 link of the Constitution concerning loyalty to the state. This was followed by the prime minister advising President Arif Alvi to dissolve the National Assembly and calling for a snap election, to be held within three months.

Khan will continue in his role until a caretaker prime minister is appointed in accordance with the Constitution. The former cricket star's fate now rests with the impending decision of the Supreme Court, which has delayed link its verdict on the legality of his move, although there have already been concerns raised regarding the court's partiality.

Whatever the judgement and the outcome of the early election, Khan is the latest prime minister to fail to complete a full five-year term in office. Indeed, no prime minister has done so since Pakistan was created in 1947.

Worryingly, if either side refuses to back down in spite of the court ruling, the country's powerful military, which is arguably in charge link of the country's political affairs, could intervene in order to maintain peace and stability. There is a very real risk of yet another military coup link .

In Pakistan's 75 years since gaining independence, there have been three successful military coups leading to decades of authoritarian rule and martial law. When the army hasn't been in direct control, it has pulled the strings behind the scenes. Even Khan's premiership, which began in 2018 on the campaign promises of fighting the corruption and cronyism that have long plagued Pakistani politics, is widely believed to have been enabled with the tacit approval of the military establishment.

Yet during his time in power, Khan's relationship with the historically pro-Western army has waned, especially due to differences over foreign policy and in the wake of the US withdrawal from neighbouring Afghanistan last year, and the Pakistani government's decision to decline to take part in the US-led Summit for Democracy in December. Since taking office, Khan has increasingly espoused anti-American rhetoric link, although on Monday he explained: "I am not against any country. I am not anti-Indian or anti-American. But we can be against policies. I want friendship with them and there should be respect."

These tensions were exemplified recently in the current crisis and Khan's visit to Moscow on the eve of President Vladimir Putin's decision to invade Ukraine in February, resulting in the signing of bilateral agreements and trade deals link including the importing of natural gas and two million tons of wheat from Russia. A day before the ill-fated vote of no confidence, though, Pakistan's army chief, General Qamar Javed Bajwa, appeared to take a conciliatory tone when speaking about Islamabad's relationship with Washington, which he described as "excellent link" and went on to make a measured criticism of the war in Ukraine. These comments may well have an impact on military cooperation between Russia and Pakistan, something that the latter's arch-rival India will welcome.

Bajwa was careful, however, to say that the country was not siding with the US over important ally China, with which Pakistan has a "close strategic relationship". This is in line with the army's balancing act between the two superpowers, but the on-off US-Pakistan relationship link which developed during the Cold War and expanded after 9/11 cannot be discounted. The general discussed foreign policy in a very statesmanlike manner, and therein lies a hint about which institution is really calling the shots in Pakistan, which serves as a reminder that the overthrow of a civilian government is always a possibility.

While China, Russia, Iran and Turkey have supported Imran Khan's allegation about a US regime-change plot, it has been disputed link by the Pakistani military. Khan's implied dig at the army's neutrality link last month is unlikely to win him any favours, and there are rumours that he may look to appoint former intelligence chief General Faiz Hameed link head of the army, while recent reports claim that he wanted to sack link. Not only did Hameed help facilitate Khan's rise to power, but it is also speculated that he may be a useful supporter in the upcoming election campaign. Nevertheless, Khan's attempts to win over or gain influential allies in the army may be a case of too little, too late.

In this regard, Khan should have learnt from Turkey's President Recep Tayyip Erdogan and his dealings with the military, which he purged following a failed coup attempt link in 2016. After all, both leaders are thought to be ideologically link alike and, significantly, Turkey pre-Erdogan had a similar power structure to Pakistan, with the army in charge and, seeing itself as a guardian of democracy, toppling four civilian governments.

Unlike earlier Turkish leaders, Erdogan refused to be intimidated by the military and purged the army and other political rivals gradually while riding a populist wave. Even before the 2016 coup attempt, the first major challenge to Erdogan's ruling AK Party was the 2013 Gezi Park protests in Istanbul. The military was nowhere to be seen, due to a large extent to the controversial Ergenekon and Balyoz trials that saw hundreds of suspects charged with conspiring against the government, including current and returned military officers as well as politicians and journalists. It may have been detrimental for Turkish democratisation, and would be a major concern if replicated in nuclear-armed Pakistan, but it ensured Erdogan's survival and kept the military out of Turkey's politics.

Prime Minister Khan spoke in solidarity link Erdogan's Turkey when it commemorated the 5th anniversary last year of the botched coup and "Democracy and National Unity Day". This was a day "when the entire Pakistani nation spoke with one voice against the attempt to undermine Turkey's democracy and progress towards prosperity."

The problem for Khan, though, is not only the immensely powerful and influential army in Pakistan, but also the considerable support that his main rival parties have in parliament and the electorate. Speaking at a gathering in Lahore this week, the embattled prime minister ruled out link forming another coalition government, as they are susceptible to "blackmail" by coalition partners.

Khan's political career is on the line and the coming days will be critical for all sides. Ever ready to safeguard the state from turmoil, be in no doubt that the military will be keeping a close eye on developments.