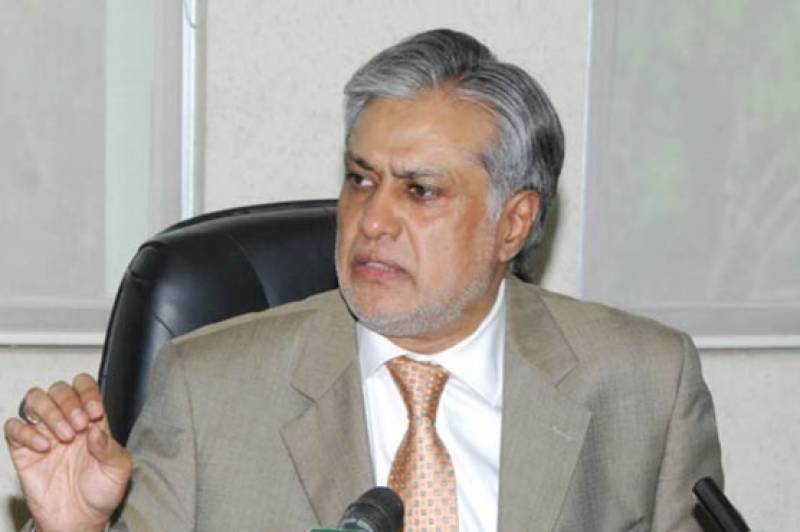 Addressing a press conference, he said that the bonds were issued after applying the all due procedures and a five members team of 'Joint Lead Managers' (JLM) comprising reputed international financial organizations were also formed to conduct the process.

Two teams heading by Governor State Bank of Pakistan and Secretary Finance were also formed for organizing road shows to introducing the Sukuk Bond in international markets, he added.

The road shows were organized in Dubai, London, Boston and New York, which had received an overwhelming response from the international buyers due to economic gains achieved during last three years and reforms measures introduced by the government, he added.

The Sukuk Bonds, he said was over subscribed and bidding of US$ 2.4 billion were received from the potential investors, adding that it was decided to float only $ 1 billion.

The interest rate was fixed at 5.5 per cent which was the lowest in the economic history of the country, where as 124 leading institutions had take part in book building process.

Ishaq Dar said that JML has finalized the 90 institutions to take part in bidding process of the Sukuk Bond and it would not increase the foreign debt burden on the country.

The minister said that other objective of the issuance of the bond was the presence of the country in international bonds market and to promote and attract Foreign Direct Investments (FDI).

Ishaq Dar said that despite tension at Line of Control (LOC), Pakistan has succeeded in the issuance of US $ 1 billion at the rate of 5.5 percent for five years which was a big achievement of the government in such a circumstances.

The Finance Minister rejected the perception that issuance of Sukuk Bond worth US $ 1 billion would increase in the debt of the country.

He said that issuance of the US $ 1 billion Sukuk bond would help decrease the total debt and the Fiscal deficit would also come down.

Ishaq Dar said that Pakistan has successfully completed International Monetary Fund (IMF) programme in September 30, adding that all international institutions have also admitted the economic progress made by the country during last three years.

Replying to a question, he said that Pakistan wants peace in the region and the sametime anyone cast an evil eye on Pakistan's territorial integrity people and armed force of the country would give a befitting response to the enemy.

Ishaq Dar reiterated that the defence needs and requirements of the country would be met at all cost and national defence would be made more strong and unbeatable.