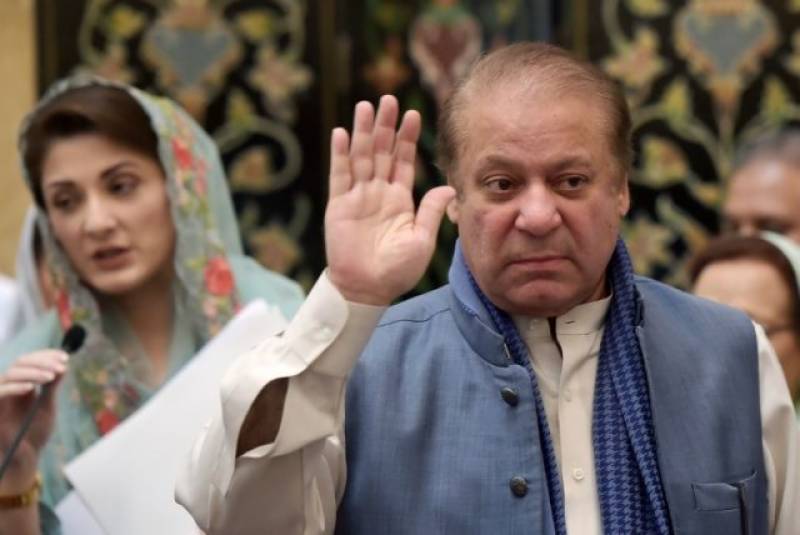 The judge will first hear Mr Sharif’s request to delay the pronouncement of the ruling until he returns to Pakistan. He has not mentioned a date for his return.

If the plea is rejected, the decision will be announced right away.

Mr Sharif and his family have been facing trial before the accountability court. Three corruption references were initiated against them after the Supreme Court disqualified Mr Sharif for life from holding public office. The ruling in one of the references, which pertains to the Sharif family’s London properties, is expected on Friday.

Mr Sharif, his daughter Maryam Nawaz Sharif and son-in-law Capt (retd) Safdar are accused in the case. His sons, Hussain Nawaz and Hassan Nawaz, have been declared proclaimed offenders.

Amjad Pervaiz, the lawyer of Maryam Nawaz, has arrived at the court. PML-N leader Asif Kirmani is also present. The lawyer of Mr Sharif, Khawaja Haris, has yet to arrive.

NAB prosecutor Sardar Muzaffar said at the court that former PM Nawaz Sharif could be sentenced to 14 years in prison under Section 14.

A large number of police and Rangers personnel are present at the Federal Judicial Complex, where the accountability court is located. Two armoured personnel vehicles are also stationed outside the court. The district administration has also imposed Section 144 in Islamabad.

On Tuesday, the accountability court reserved its decision in the Avenfield reference. It announced that the verdict will be issued on Friday. It also issued notices to the accused, asking them to appear on the day.

On the other hand, the former PM and his daughter have been in London since June 15. They had initially gone to spend Eid with former first lady Begum Kulsoom Nawaz. However, Begum Kulsoom suffered a cardiac arrest a day before her husband and daughter arrived. She has been on life support at the Harley Street Clinic since June 14.

On Wednesday, Mr Sharif requested the accountability court to delay the announcement of the judgment in the Avenfield case. “I want to see my wife conscious before returning to Pakistan,” he said.

He said that delaying the announcement of the judgment for a few days would not hurt anyone. “I would like to be present in the court when this judgment is passed – the same court where my daughter and I appeared for over a 100 hearings during the past one year,” he said.

Mr Sharif said he would return to Pakistan even if the judgment is against him. “I’m not a dictator who would run away,” he said.

According to Islamabad bureau chief Khalid Azeem Chaudhry, the Sharif family would be sentenced under Section 10, not Section 14. “The maximum sentence would be 14 years,” he said. “Properties of the convicts would be seized coupled with 10 years of disqualification. Nawaz Sharif has largely failed to prove that he has no link with the London properties. It was his responsibility under Section 14 to prove he had no link.”

Khalid Azeem Chaudhry said the extraordinary security measures do not seem to be a good omen for the Sharif family.

“Nawaz Sharif did not answer nearly 350 questions,” said analyst Adnan Adil. “When you purchase any property, you have some registration of the transfer of property. Nawaz Sharif could not present any such evidence before the Supreme Court or accountability court. He placed the burden of responsibility of the London properties purchase on his father and children. And then his children ran away.”

According to analyst Hammad Ghaznavi, the case ruling revolves around the question that whether the burden of proof has been shifted on Mr Sharif. “If the shift has happened, the ruling will be against him,” he said. “He will be convicted – as Azeem [Chaudhry] sahib is saying, the burden of proof lies on the accused according to that clause and the accused has to prove. The entire case is this. NAB has not provided any evidence. But if we admit that the burden of proof is on Nawaz Sharif, then we can see him getting convicted.” APP/AFP