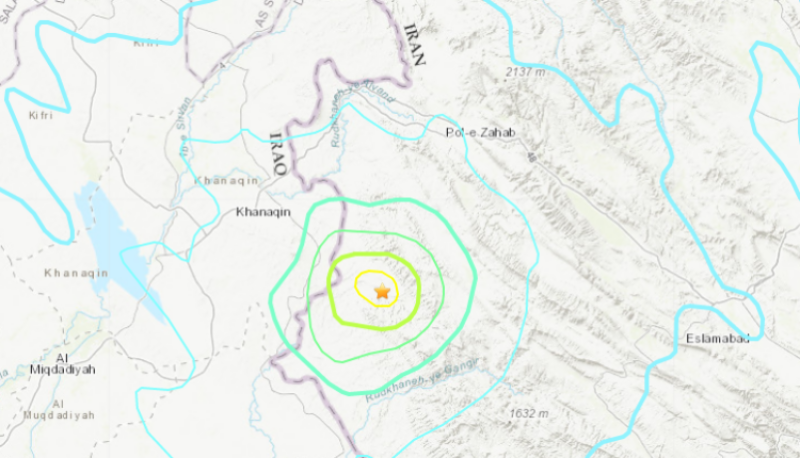 DUBAI - A high intensity earthquake earlier reported at 5.9 has hit western Iran near the Iraqi border on Sunday, injuring about 31 people, most of them lightly, the state news agency IRNA reported.

The U.S. Geological Survey (USGS) initially put the magnitude of the quake at 5.9 but revised this later to 5.5.

According to USGS, the earthquake struck at a depth of 25 kilometres about 145 kilometres north-east of Baghdad.

Iran’s emergency services spokesman Mojtaba Khaledi told IRNA that 29 of the injured had been released after treatment following the earthquake in Gilane-e-Gharb in Kermanshah province.

Civil defence teams have been put on high-alert to deal with any subsequent earthquake or aftershocks.

More than 90% of the country is covered by major fault lines, resulting in frequent and major earthquakes which have led to countless fatalities and injuries. Since 1900, at least 126,000 have died in earthquakes in Iran.