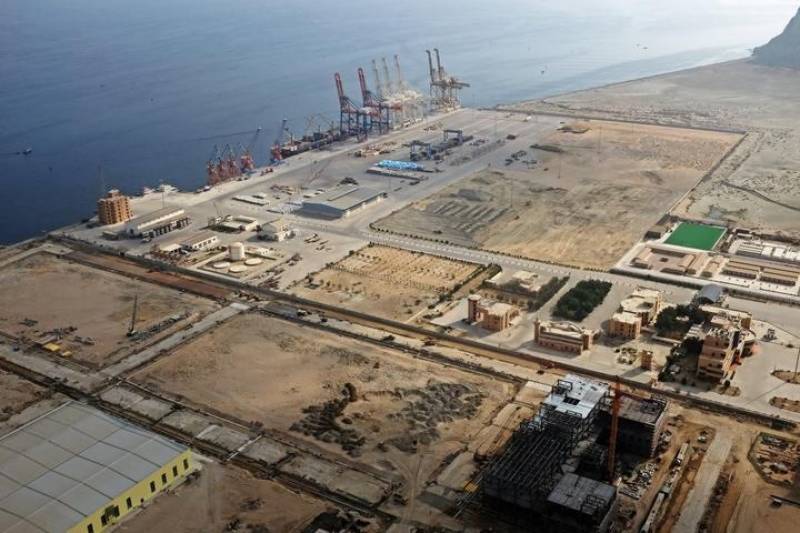 BEIJING: Pakistan Ambassador to China Moin ul Haque has saiid that following the uncertainties brought by the COVID-19 pandemic which has affected the entire global economy, speculation as to whether CPEC, a key project under the Belt and Road Initiative (BRI), will continue according to schedule has become louder.

"However, despite this speculation and the global pandemic, CPEC (China-Pakistan Economic Corridor) projects will march forward based on the consensus reached between the leadership of the two countries," he told the Global Times in an interview.

The ambassador's comments came after some Indian media reported that China is backing away from its initial financial commitments to Pakistan under CPEC, citing data of Boston University researchers in the United States.

However, the Chinese Foreign Ministry denied these groundless reports, saying as an important pilot project of the BRI, CPEC had maintained a positive momentum since its inception in 2013.

According to Foreign Ministry Spokesperson Zhao Lijian, the CPEC projects are being advanced as the two sides held the second meeting of the CPEC Joint Working Group on International Cooperation and Coordination.

The ambassador, who also attended the meeting, informed that during the meeting, the two countries reaffirmed that the CPEC was an open and inclusive initiative that welcomed third party participation.

"We therefore invite third parties to join us in this 'transformational project', which is bringing a new hope of economic prosperity to the people of Pakistan and the broader region," he added.

About progress amid the pandemic, Ambassador Haque said 19 projects under CPEC had been completed and 28 were under implementation.

Citing the Lahore Orange Line Metro project, he said the project, the first mass-transit project of its kind in Pakistan which was launched in October, would provide efficient and affordable transport services to the 10 million residents of Lahore.

Another important project like the Matiari-Lahore transmission line, he said, was set to be put into operation early next year.

Some of the key projects in Gwadar like Eastbay Expressway, Gwadar International Airport, Desalination Plant and Power Plant were also moving ahead smoothly.

"COVID-19 pandemic has posed a severe threat to many businesses," Ambassador Haque said, adding amid the extraordinary times of disrupted international travel and supply lines, there was initially some slowdown in the work on CPEC projects.

However, he said, it was primarily due to the special measures taken for epidemic- prevention and safety of the workers. Thereafter, the work had continued on all projects in a way to make up for the lost time.

According to Ambassador Haque, the CPEC project has entered a phase II period, in which agriculture, science and technology, vocational training and tourism will be prioritized.

The projects in these areas, which are also in line with socio-economic agenda of Pakistani government, would help in poverty alleviation and improving individual livelihoods.

Under Phase II, an important dimension is industrial relocation for which nine Special Economic Zones (SEZs) are being established along the route, he said.

These SEZs through the provision of quality infrastructure and favorable policies offer attractive opportunities for enterprises from China and other countries to set up their businesses and manufacturing facilities, he added.

CPEC has been and remains a central pillar of Pakistan's overall socio-economic development strategy. Even during the pandemic, CPEC mega projects such as the Lahore Orange Line, Azad Patan Hydropower Project, Rashakai SEZ, Peshawar-Karachi motorway and Gwadar have all made substantial progress.

The ambassador's comments were echoed by a Chinese manager who is working for the Gwadar port.

"Amid the pandemic, we made sure that there was not a single COVID-19 case among 3,000 Chinese and local employees, which guaranteed the operation resumption and ensured the port's development," the manager of Gwadar port surnamed Lin told the Global Times.

"We expanded our business scope which includes cargo transshipment service for Afghanistan. The expansion not only increased the cargo throughput, but also ensured the goods supply for Pakistani and Afghan people," Lin added.

Regarding defence cooperation between the two countries, Ambassador Haque said China-Pakistan friendship was a factor of peace and stability in the region. It was not directed against any third country.

"It is ironic that a senior Indian military official would make such an absurd statement, when in recent years India itself has become a stooge of the West, playing a second fiddle in their strategy to contain China," he added.

"Any attempt to connect CPEC with a so-called 'debt trap' would be absurd and reflect a gross lack of understanding of Pakistan's economy. This has been reflected in the recently concluded rating reviews by international credit rating agencies, all of which have reaffirmed their favorable assessment and outlooks for Pakistan," he added.

On the contrary, Ambassador Haque said the Chinese capital investment under the BRI, especially in capital-scarce emerging economies, had helped fill the gaps in infrastructure and connectivity that were essential to sustained growth and economic modernization.

"As we look beyond the pandemic, I have no doubt that these investments under BRI would play a major role in restoring global growth with CPEC leading the way," he said.