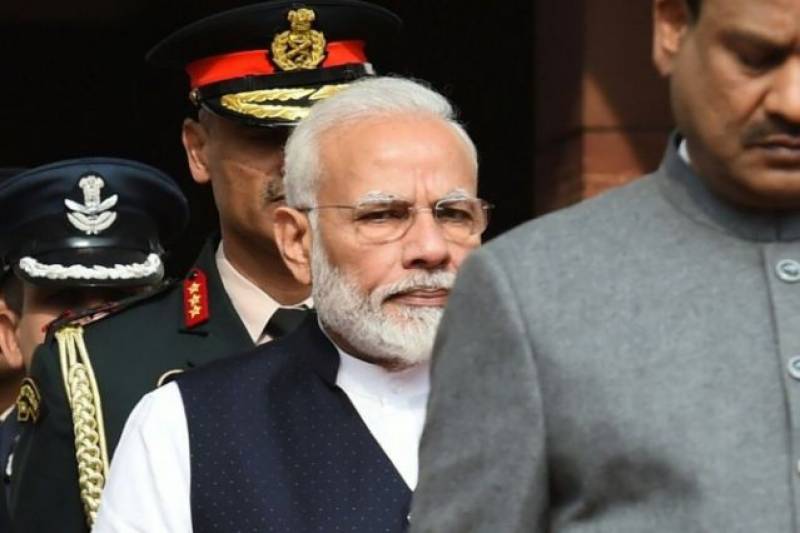 NEW DELHI - High inflation prevented India's central bank from cutting rates for a sixth time Thursday, while it slashed its annual growth forecast as the government struggles to jumpstart the economy.

The news will deal a blow to Prime Minister Narendra Modi, who is coming under pressure seven months into his second term to tackle unemployment, which is sitting at a four-decade high.

The Reserve Bank of India (RBI) said the benchmark repo rate -- the level at which it lends to commercial banks -- would remain unchanged at 5.15 percent, a nine-year low.

But it said it expected the economy to expand five percent in the year through March, from its previous forecast of 6.1 percent, as consumer demand and manufacturing activity contracts.

India's economy grew 4.5 percent in July-September, its slowest pace since 2013 and well off the 7.0 percent enjoyed a year ago, according to government data.

That is well below the level needed to provide the millions of jobs sought by new entrants to the labour market every year, posing a major headache for Modi.

Economists surveyed by Bloomberg News had largely predicted the central bank would cut interest rates by 40-50 basis points to spark a recovery after a dismal year.

But a sudden spike in retail inflation to 4.62 percent -- beyond the central bank's target of four percent -- encouraged the RBI to hit pause on further reductions as the government struggles to kickstart what was once the world's fastest growing major economy.

RBI governor Shaktikanta Das told reporters inflation was likely to remain high through March 2020 as he explained his decision.

"We should allow some time to see the impact of government measures and the RBI's (previous) rate cuts so we decided to wait and take a temporary pause," he said.

- No benefit to consumers -

But the measures have failed to raise confidence. Demand for everything from cereals to cars has plummeted while unemployment is at 8.5 percent, its highest since the 1970s.

Das -- a Modi ally -- has cut interest rates five times in a row starting in February 2019, bringing them down by 135 basis points.

But debt-ridden banks have not reduced their lending rates, and so failed to pass on the benefits to consumers.

"Against the backdrop of growth slowdown, the RBI's rate cutting has not made any major difference," said Garima Kapoor, economist at Elara Capital.

The "RBI has to ensure its massive rate-cutting cycle leads to lower rates for consumers", she told AFP.

The lack of credit, coming after the collapse of India's shadow banking sector, has exacerbated the crisis, analysts say.

Public finances are also in a mess, with several state and union territory representatives calling for the government to release funds owed to them from a nationwide tax rolled out in July 2017.

The central government has not paid out some states' share of taxes since August, local media reported Wednesday.

The Organization for Economic Cooperation and Development (OECD) forecast a modest recovery for India Thursday, predicting annual growth of 6.2 percent in 2020, but warned further reforms were needed.