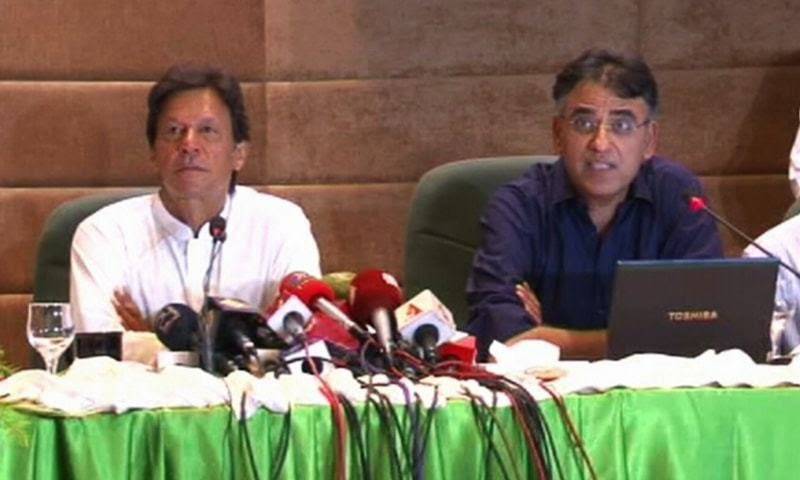 *ISLAMABAD - In a first the PTI finance minister in the upcoming government Asad Umar has hit out at the US secretary of state remarks over Chinese debt for Pakistan.*

*He has said that the US should worry about its own Chinese debt and let us worry about our own.*

US Secretary of State Mike Pompeo had warned that any potential IMF bailout for Pakistan should not provide funds to pay off Chinese lenders.

“One piece of friendly advice to the Americans: we’ll worry about our Chinese debt, but I think they better handle their own Chinese debt first,” said Umar.

He acknowledged that Pakistan does have a serious external debt problem, however, “we don’t have a Chinese debt problem.”

Umar said that the country needs around $12 billion and the decision about where to get this needs to be made soon.

“The decision needs to be made in the next six weeks. The further you go forward the more difficult, the more expensive the options become,” Umar told Bloomberg link in an interview on Thursday.

He hinted that in order to increase its foreign reserves Pakistan can even go to the International Monetary Fund besides approaching friendly countries and issuing diaspora bonds.

This is in total contrast with the promises that PTI had made during its election campaigns. The party had said that it would not take any more loans under any circumstances.

The PTI leader said they have yet to approach any potential lenders. “No formal work can be started until the government is formed,” he said.