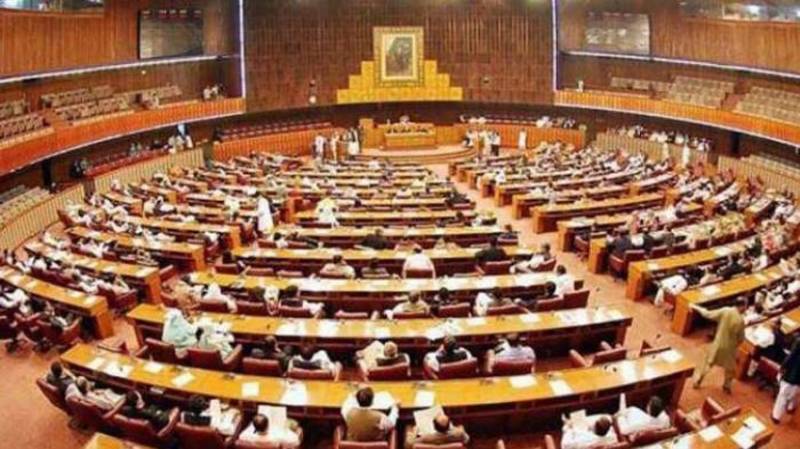 National Assembly was informed today that Pakistan has positively engaged with Iran to curb the cross border movement of militant elements.

Responding to the points raised by the opposition members, Foreign Minister Shah Mahmood Qureshi said we have a long border of nine hundred and five kilometers with Iran and we want to keep it peaceful and stable.

He said hostile spy agencies are bent upon hurting this relationship by creating misunderstandings through their nefarious acts.

However, he said these sordid designs will be foiled through collective efforts.

The Foreign Minister said that Pakistan has taken a number of steps to raise the level of understanding and confidence between the two neighboring countries.

He said we have decided to establish a joint border center as well as fence the border to curb the movement of militant elements.

About Punjab local government act, the Foreign Minister said our effort is to give more powers and financial autonomy to the local governments to address the problems of the people at the grass-roots level.

On reforms in NAB, the Foreign Minister said the process of accountability must go ahead transparently.

He said the people of this country want the corrupt elements brought to justice.

He said the government is ready to sit with the opposition for bringing reforms in the NAB.

Parliamentary Secretary for Planning and Development Kanwal Shauzab told the house during question hour that the present government has approved eleven projects relating to water, energy and communication since coming to power last year.

Minister of State for Parliamentary Affairs Ali Muhammad Khan told the house that an international level research university will be constructed at the PM House as per the commitment made, by Prime Minister Imran Khan.

He told the house that Pakistan Steel Mills is not being privatized but it will be revived.

Parliamentary Secretary for Finance Makhdoom Zain Hussain Qureshi informed the house that a domestic resource mobilization program will be launched from 1st of July with the aim to broaden the tax base.

He said this program of four hundred million dollars will be financed by the World Bank.

He said all these are people-friendly bills and politics should not be done on it.

The Law Minister said Enforcement of Women’s Property Rights Bill will ensure that women are not deprived of their property rights and the women ombudsperson will take notice of such cases and deal with it as a civil suit.

Farogh Naseem said under the Whistleblower Protection and Vigilance Commission bill, 2019 any person who shares information about alleged corrupt practices will be given a fixed percentage of the recovered amount as a reward. The chair referred the bills to the relevant standing committees.

The chair referred the bills to the standing committees concerned.

The House will now meet tomorrow morning at ten thirty am.