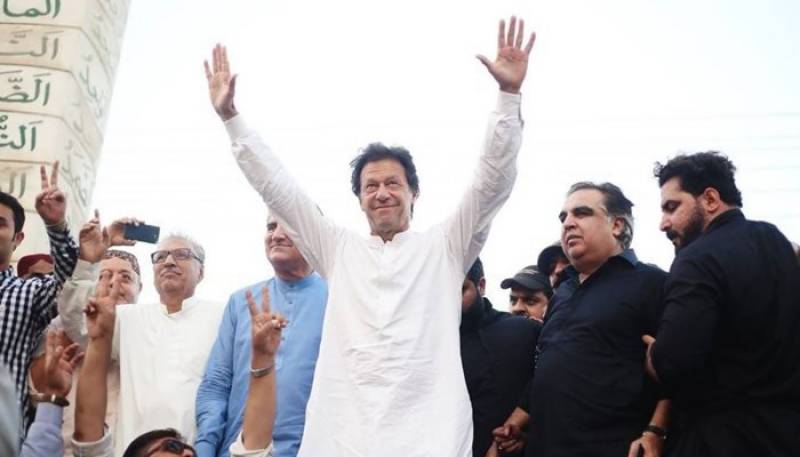 The PTI chairman will tour different areas of the metropolis during his two-day visit.

After arriving in Karachi via a chartered flight, the PTI chairman will lay the foundation stone of an orphanage in Memon Goth, a party spokesperson said.

"Imran is scheduled to tour his NA-243 constituency in the evening today," the spokesperson added.

The cricketer-turned-politician is contesting the general election from NA-243, Karachi which comprises Gulshan-i-Iqbal and parts of Jamshed Quarters. He is also in the poll contest for National Assembly seats from Islamabad, Mianwali, Bannu and Lahore.

On June 24, Imran kicked off his election campaign from Mianwali. Imran then took to Bannu and Sargodha and will now campaign in Karachi for the next two days.

The PTI on Sunday released an election campaign travel log of Imran.

According to the log issued by the party, the PTI chairman will campaign in 25 cities of Punjab, Khyber Pakhtunkhwa (KP) and Sindh in the next 21 days.

Imran will spend 11 days addressing public rallies in 14 different cities of Punjab, according to the travel log.

After Punjab, the PTI chairman will take to KP where he will campaign for five days in eight different cities.

Of the five days scheduled for Sindh, Imran will spend three days in Karachi and two in interior Sindh.

The PTI chairman’s campaign for the general election will conclude with a “massive rally” scheduled in Islamabad for July 23.

According to the party’s travel log, the PTI chairman will not be visiting Balochistan or the tribal areas in KP formerly known as Federal Administrated Tribal Areas (FATA). APP/AFP