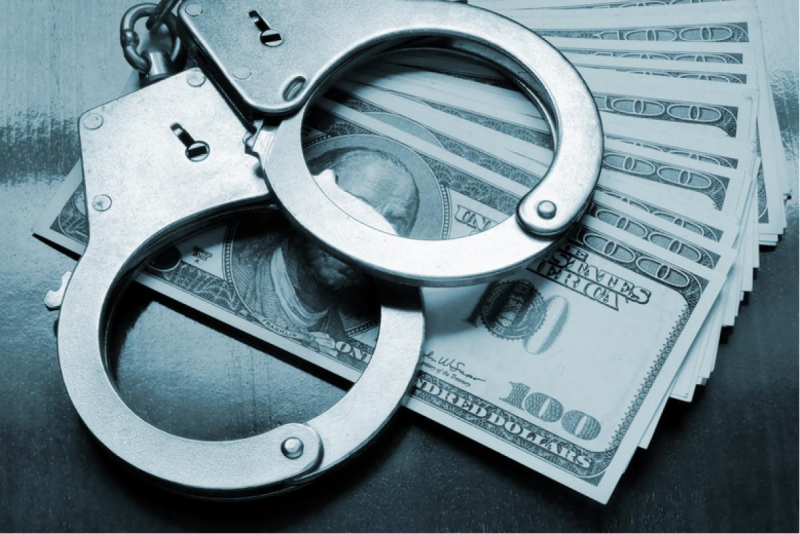 ISLAMABAD - The Law Enforcement Agencies and other concerned authorities have registered 426 cases and made 574 arrests in money laundering domain as part of their measures adopted to choke financing of terrorists.

A Review-2017, issued by National Counter Terrorism Authority (NACTA) has revealed that in Hawala/Hundi domain, 919 cases were registered, 1209 arrests made and recovery of amount was Rs.1489.918 million.

Similarly, of the total 207 Suspicious Transaction Reports (STRs) received from Federal Monitoring Unit (FMU), 49 STRs were converted into cases and 48 closed and 110 STRs under process.

The initiatives taken under National Action Plan (NAP), NACTA has achieved following : Establishing stringent controls for making money-transfer system fully protected against misuse by terrorists and terrorist organizations and in monitoring of movement of persons under Schedule IV of ATA, 1997 and of money, to effectively combat money laundering/terrorist financing.

Moreover, capacity building of investigators in CFT units and imparting training to them in areas of money laundering, terror financing, assets tracing and financial investigation was ensured.

The other achievements were improving registration of cases of terrorist financing, timely conclusion of investigations, and securing convictions from the courts, regulation of donation collection activities of different NGOs and control and timely check on people involved in illegal forex trade.

The Review further revealed that in absence of adequate implementation measures, terrorists and terrorist organizations could muster funds from variety of sources such as charity/alms and other nondescript formal and informal financial channels.

In countries where banking sector works in isolation from counter-terrorism apparatus, tracking terrorism financing is a gigantic task. Extremists primarily collect money as subscription from sympathizers and criminal activities such as extortion, gunrunning and narcotics trade.

In this regard, NACTA has taken some initiatives to choke funding of terrorists elements and organizations:

These included model law for facilitation and regulations of charities, in terms of recommendation no. 5 of the sub-committee, on choking of terrorists financing, constituted by Prime Minister. Its purpose was to ensure that every penny donated into charity is accounted for.

National Task Force - a coordinating body of 20-federal and provincial organizations, concerned with policy and operational matters was formed pertaining to combating financing of terrorism.

The other steps were regulations and monitoring of cross- border movement of currency and effective regulation of branchless/internet banking and developing Units for Countering Financing of Terrorism (CFT Units) in provincial CTDs.