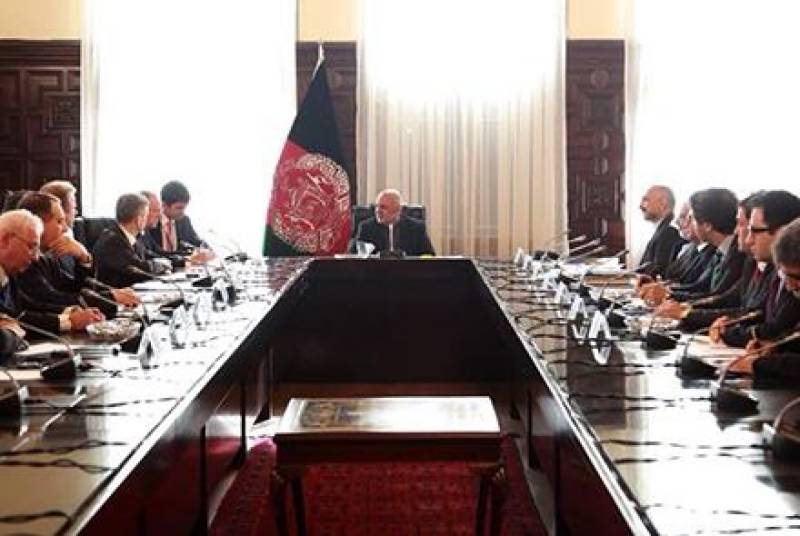 In a statement released by the Presidential Palace after the meeting Ghani said that terrorism is not only a threat to Afghanistan but it is a threat to the region and to foreign countries.

According to the statement Ghani said that a joint and a serious combat plan is needed for a unified strategy.

Meanwhile, Russia’s national security adviser said his country wants a stable Afghanistan and is ready for any kind of cooperation in the fight against terrorism.

Patrushev stated that Russia also wants to expand its economic cooperation with Afghanistan. Atmar and Patrushev discussed issues related to bilateral cooperation and the desire to improve and expand cooperation between the two countries.

According to Afghanistan’s National Security Council’s statement the two sides also held detailed discussions over regional security and stability and the threats facing the two countries and the region.

“They agreed that collective and sustained efforts are required to fight terrorism and combat narcotics trafficking as one of the main destabilizing factors in the region,” the NSC’s statement said.

The two sides also discussed economic cooperation between the two countries, saying this was a critical element for promoting peace and stability in the region and emphasized the need to undertake joint economic initiatives, the statement added.