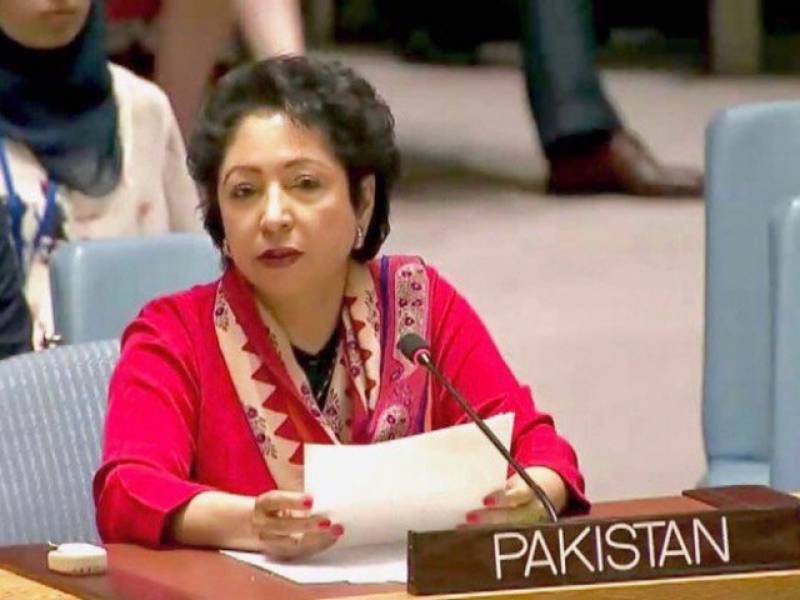 NEW YORK: Brushing aside misperceptions about Pakistan not doing enough to combat terrorism, Ambassador Maleeha Lodhi has said that Islamabad’s firm commitment to wipe out the scourge has brought about the destruction of many terrorist groups, including Al-Qaeda.

“The decimation, for example, of Al Qaeda in our region is entirely due to Pakistan’s efforts, of course in cooperation with other countries, but fundamentally, it has been Pakistan’s effort ” Ambassador Lodhi, Permanent representative of Pakistan to the United Nations, said in an exclusive interview with Imapctmania, an online American magazine, which features thinkers and doers who make a cultural, social, and economic impact.

Responding to a question, she said Pakistan is a country, which has lost tens of thousands of lives, of military personnel, of law enforcement personnel and of civilians in the fight against terrorism.

“This is such a hot button issue at the moment, and rightly so,” the Pakistani envoy noted.

“Because, as an international community, we feel threatened by the men of violence, and we witness violence all over the world, therefore it’s important for people to understand Pakistan’s contribution, commitment and sacrifices in battle.”

Another misconception about Pakistan, she pointed out, was that it is a very a backward country.

“But this is a country, which has made extraordinary progress in terms of having the first elected female prime minister of any Muslim nation, the first female speaker of Parliament, and the first female governor of a central bank, and much before the United States,” she said.

“We’re a young nation, but with an ancient civilization,” Ambassador Lodhi said, while acknowledging that Pakistan needs to make greater efforts to project its profile.

“We come from a very old civilization, and we’re very proud of that,” she said. “I think that’s hard for us to get across sometimes, because people tend to see us as a country, which is only 70 years old rather than a civilization with roots that go back three millennia.”

In that sense Pakistan is not just a nation state but a civilisation state, she added.

She said Pakistan was now increasingly safe and secure. “Just go there and see for yourself … what we, as a nation, are all about, and how our aspirations are the same as the aspirations of the American people. We aspire to the same things as you do.

“We are all part of the human family although we may be divided into nations,” she said, citing a Quranic verse.

About Pakistan’s recent election to the UN Human Rights Council, Ambassador Lodhi said it reflects the country’s strong commitment to upholding human rights, both nationally as well as internationally, adding it has signed several treaties and covenants on human rights.

She said no country’s human rights situation was perfect. “There is no country in the world that can say, ‘We have it all right.’ It’s always a work in progress. And for us too in Pakistan, but our commitment to upholding human rights in our own country is very much there. There are several areas where, obviously, we need to do more work because of the challenges. There are social attitudes that we need to deal with”. “But the fact that we are in now, in the Council, is a vote of confidence in our commitment.”

Noting that Ambassador Lodhi also served as Pakistan’s ambassador to the United States, twice, and as High Commissioner to Britain, the interviewer asked about what had surprised her in these “esteemed” posts.

“It has been a journey of learning,” she said. “I don’t think there’s a single issue that surprised me, but in a way, you’re surprised everyday by what you still need to learn. I came to diplomacy from journalism and academia; many of the skills that I learned were very useful for me in my third profession.”

She said, “Whether you’re teaching a university class, a journalist developing sources, or a diplomat trying to win hearts and minds, it requires ‘people skills’. The most fundamental aspect of which is the ability to listen to others. This skill helps us forge the kind of relationships that are necessary to move forward.”

Asked about her role at the U.N., Ambassador Lodhi said, “It’s quintessentially a mission of ensuring that what your country seeks in the international community, in the world and its interests, are understood. And, therefore, you have to appeal to multiple audiences.

Asked about her being the first woman in Asia to be ths editor of a national daily newspaper, and her effort to encourage more women, Ambassador Lodhi said more widespread education was needed, certainly in Pakistan. “Education is the most empowering vehicle through which women can play a more active role.”

“Fundamentally, education is the most important; it is certainly the most empowering, because it gives people a sense of independence.”