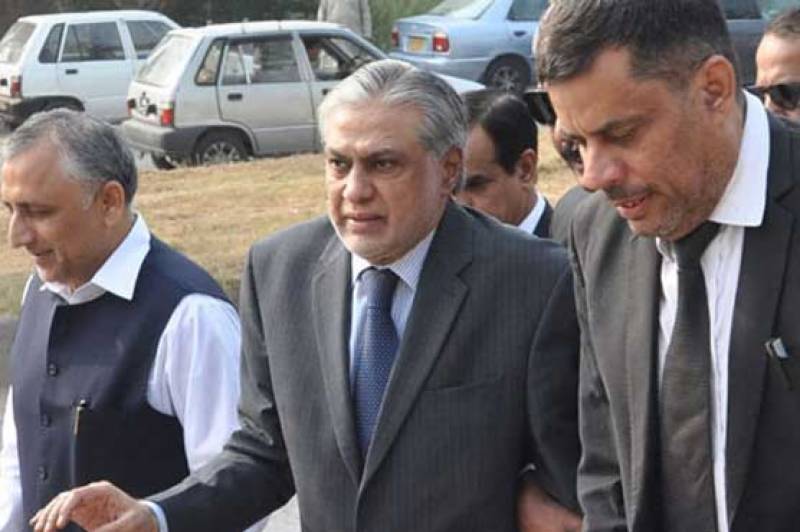 ISLAMABAD: After Finance Minister Ishaq Dar’s escape to London and denial to return to Pakistan, the charge of the Ministry of Finance has been handed over to Miftah Ismail.

Prime Minister Shahid Khaqan Abbasi has handed over charge of the ministry to Muftah Ismail. Moreover, the recent hike in petroleum prices was also decided on the directives of Muftah Ismail without any consultation with Ishaq Dar.

Earlier, Ishaq Dar had recently left for London and now denies returning to Pakistan on the pretext of illness.

Ishaq Dar had reached to Tajikistan, then he went to Jeddah and later London where he declared his illness.

Earlier, the accountability court hearing a graft reference against Dar has summoned the Dar’s sons in the court on Thursday. As per reports, the summons was received by Dar’s sons, Ali Mustafa and Mujtaba Husnain in Dubai. They are reported to have travelled to London thereafter.

Dar’s legal counsel had informed the trial court that after attending the 16th Central Asia Regional Economic Cooperation Ministerial Conference in Dushanbe, Dar had travelled to Jeddah, where he fell sick and had to go to London for medical treatment. The counsel had also presented Dar’s medical report and assured the court that his client would appear at the next hearing on Thursday.