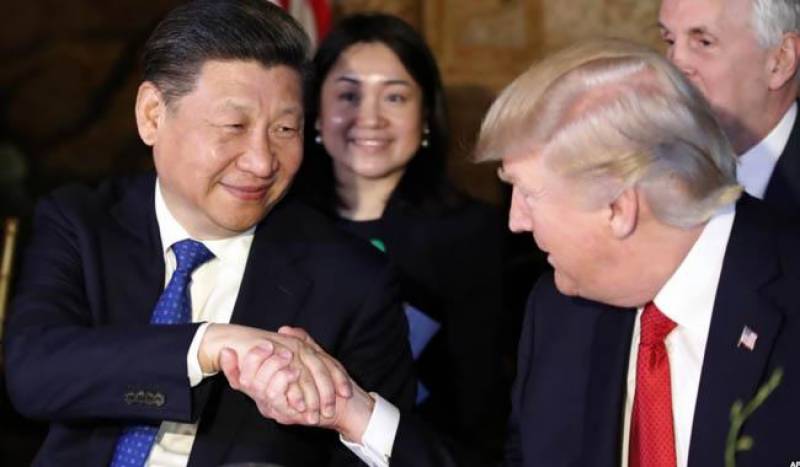 Influential Global Times, in its analysis Tuesday said the special treatment to US President shows that the Beijing gives importance to its relations with Washington.

We should ensure strategic talks and communications between the two leaders, which is vital to the development of Sino-US relations. And we hope Trump and his family get a chance to learn Chinese culture, history and its people, Cui said, according to a statement published on the website of the Chinese Embassy in the US.

Trump is scheduled to visit China on November 8 as part of his five-country Asian tour that will also take him to Japan, South Korea, Vietnam and the Philippines.

The special arrangements are likely to be casual discussions between the two leaders to boost their friendship and further smoothen their working relationship, Li Haidong, a professor at China Foreign Affairs University's Institute of International Relations, told the Global Times.

"The arrangements show that China values a more effective and flexible diplomatic approach in dealing with Sino-US relations," Li said.

Sun Chenghao, an assistant research fellow at the Institute of American Studies of the China Institutes of Contemporary International Relations, told the Global Times that Trump's visit comes at a time when the two countries lack a long-term strategic plan for bilateral ties.

"The US' current problem-oriented diplomacy in dealing with Sino-US relations only leads to more instability for the two sides," Sun said.

Trump's visit should lay down the future direction for Sino-US relations, boost bilateral ties by moving to a healthy and stable track, and effectively manage differences while deepening cooperation, Cui said.

The Korean Peninsula and Sino-US trade will be among the top issues to be discussed by the two sides, Cui said.

The Chinese ambassador said he is confident that there will be "significant outcomes" on the economic and trade front.

It seems more differences have emerged between China and the US after Trump took office, such as the South China Sea issue and trade, hyped by some Western media and US senators. But it should be stressed that positive aspects still dominate Sino-US relations, as advocated by China and the Trump administration, Li said.

A Bloomberg report said representatives from more than 40 US companies are expected to accompany Trump to China.

Sun warned that China should be vigilant as Trump may use economic cooperation as leverage to make China compromise on the North Korean issue.

On the Korean Peninsula nuclear issue, Cui said China has been doing everything it can, including enforcing all UN Security Council resolutions against North Korea.

But this issue cannot be solved by China alone. "It requires joint efforts, including those of the US and North Korea," Cui said.