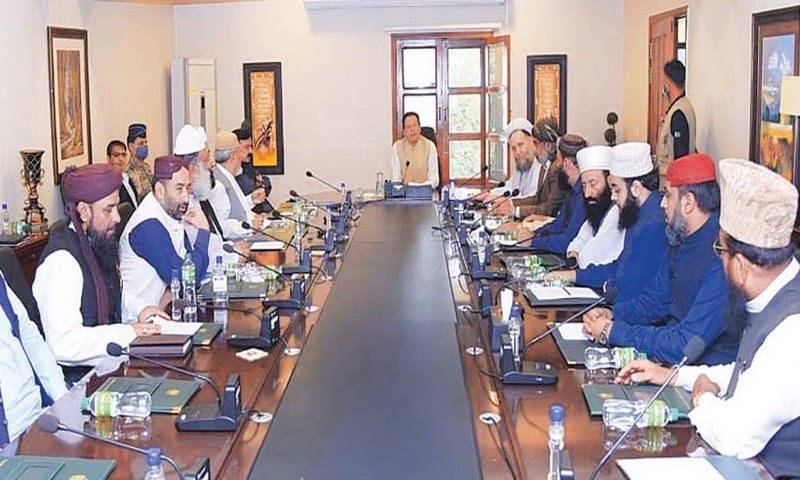 ISLAMABAD - The talks between the government and the banned outfit Tehreek-e-Labaik Pakistan (TLP) have reached a positive conclusion, local media said Sunday.

The issues between the incumbent authorities and the banned outfit have been settled, and agitators protesting on GT Road for the last week will end their sit-in, while the administration will release arrested workers after completion of legal requirements.

Meanwhile, Foreign Minister Qureshi, Qaiser, and Mufti Muneeb-ur-Rehman will hold a press conference today to give further details about the development.

On Saturday, the premier said that it would be appreciated if religious scholars played the role to defuse unrest, as he did not want bloodshed but insisted there could be no compromise on the country’s security and the government writ.

Khan emphasized that peace and security are in the public interest and so the religious scholars called for negotiations.

During the meeting, Prime Minister said that the expulsion of the French envoy is not the solution to any problem and he cannot be expelled while he contended that fighting with France can isolate Pakistan.

Khan said that the cases of Rizvi and others are pending in the courts. If the court releases Saad Rizvi, they will have no objection.

PM told the religious scholars that they must convince the activists to refrain from bloodshed and not to resort to violence.