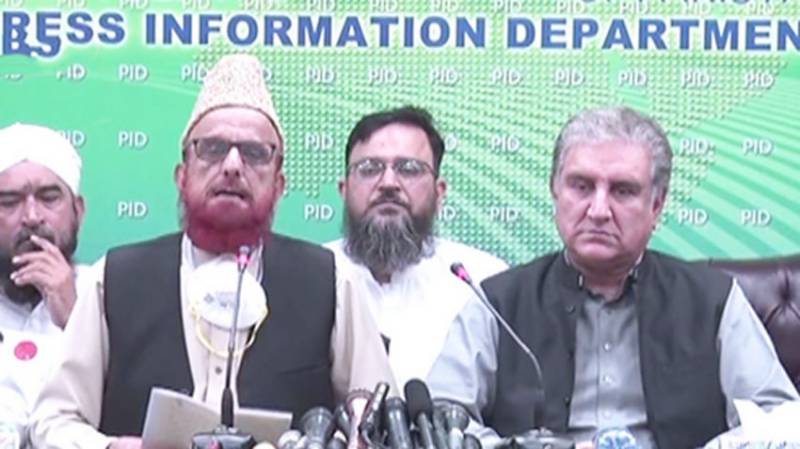 The government and banned outfit Tehreek-e-Labbaik Pakistan have reached an agreement of mutual understanding.

This was announced by Mufti Munib ur Rehman while addressing a news conference along with Foreign Minister Shah Mahmood Qureshi, Minister of State for Parliamentary Affairs Ali Muhammad Khan and Speaker National Assembly Asad Qaiser in Islamabad on Sunday.

Mufti Munib ur Rehman said under the agreement, a steering committee has been formed that will be headed by Minister of State for Parliamentary Affairs Ali Muhammad Khan and this committee will become functional from Sunday.

He said details of the agreement will be disclosed on a suitable time.

He further said, the agreement was reached after sense prevailed over aggression, rationality prevailed over sentiments, and all the participants demonstrated patience.

He thanked Prime Minister Imran Khan who formulated a committee for talks with the banned TLP and also expressed confidence in the committee's proceedings.

Speaking on the occasion, the Foreign Minister thanked all the members who played their role in reaching out to this agreement.

The Minister said peace will prevail in the result of this agreement. He said we believe in the power of negotiations and everyone should play the role for betterment of the country.