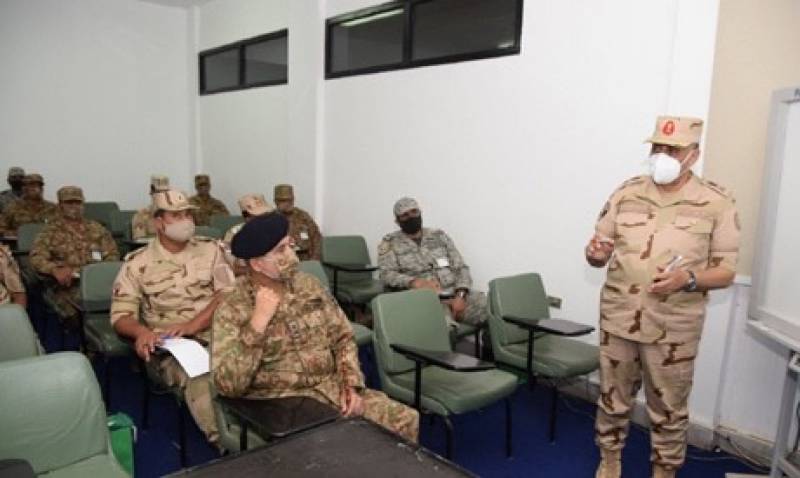 The first-of-its-kind drill comes as part of military cooperation between Egypt and Pakistan.

The Commander of the Egyptian Air Defense Forces and Director General of the Pakistani Joint Staff Mohammad Haider attended the activities.

The participating forces from both sides also carried out joint tactical exercises, which revealed the capability of the joint naval forces to perform their tasks efficiently and rapidly.

The training is being held to exchange expertise between the two countries in the field of air defense in light of the spread of advanced aerial attack weapons.