Why Bollywood movie "Veer Di Wedding" has been banned in Pakistan?
31 May, 2018 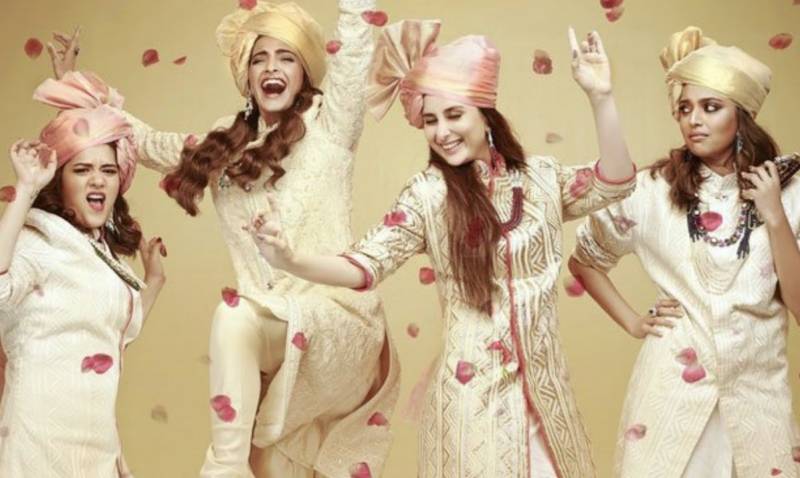 ISLAMABAD - Bollywood film 'Veere Di Wedding', starring stars like Kareena Kapoor Khan and Sonam Kapoor in a story of four girls, has been banned in Pakistan because of "vulgar dialogues and obscene scenes."

Danyal Gilani, Chairman, Central Board of Film Censors (CBFC), told IANS via social media: "Members of the CBFC unanimously decided to not allow the film for public exhibition in the cinemas as its content flouts the Censorship of Film Code 1980."

The movie was screened for the CBFC in Pakistan on Tuesday night. According to trade sources, the movie was deemed unfit for exhibition due to "vulgar dialogues and obscene scenes".

The Distribution Club also issued withdrawals of their application for the certification after witnessing the criticism from members of the board, reported The Express Tribune.

The movie has drawn a lot of interest especially as it is Kareena's first film since she became a mother, and Sonam's first movie to release since her wedding. For Swara, it is a different zone that she is stepping into and Shikha is making her debut with the project, directed by Shashanka Ghosh.