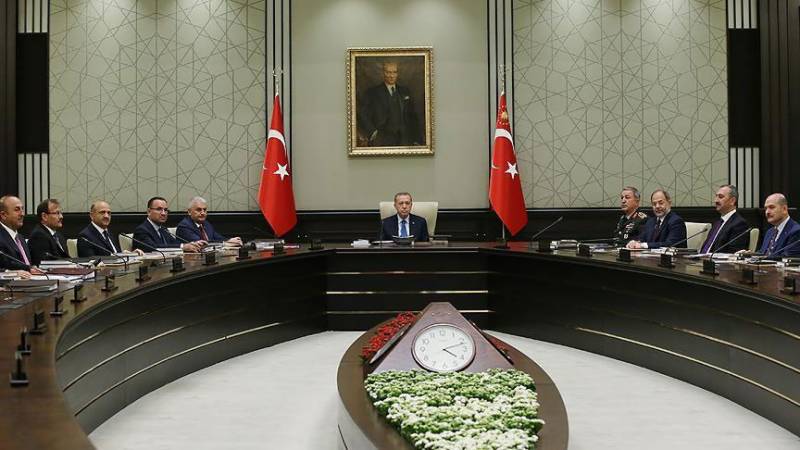 ISLAMABAD: The National Security Council reaffirmed on Wednesday Turkey’s support to the Palestine cause.

In a statement, Turkey’s top council said that Ankara would continue to support the Palestinian cause on all international platforms.

The meeting lasted three hours and 15 minutes and chaired by President Recep Tayyip Erdogan at the Presidential Palace in the Turkish capital Ankara.

Tension has mounted in the Palestinian territories since last December, when U.S. President Donald Trump announced his decision to recognize Jerusalem as Israel’s capital.

On May 14, the U.S. relocated its Israel embassy from Tel Aviv to Jerusalem, drawing condemnation from across the Arab and Muslim world and further enflaming passions in the Palestinian territories.

Since March 30, at least 118 Palestinians have been killed -- and thousands more injured -- by Israeli army gunfire in the eastern Gaza Strip. Anadolu Agency