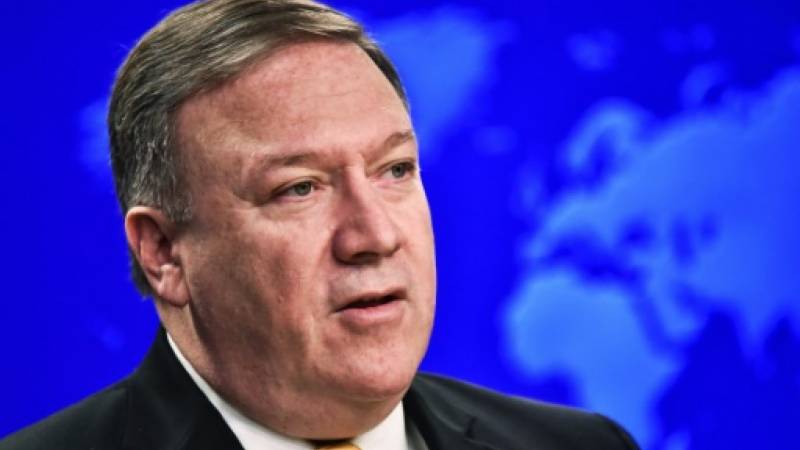 Washington: US Secretary of State Mike Pompeo spoke by telephone to Russia's Foreign Minister Sergei Lavrov for the first time on Wednesday and warned Moscow against interfering in America's domestic politics.

Relations between Washington and Moscow have plunged to historic lows after tit-for-tat expulsions of alleged spies, the closure of diplomatic missions, and Russia's interventions in Syria and Ukraine.

But President Donald Trump -- who campaigned for office in 2016 pledging to improve ties with his Russian counterpart Vladimir Putin -- has been reluctant to acknowledge Kremlin election meddling.

US intelligence believes Putin ordered agents to covertly undermine Trump's 2016 presidential rival Hillary Clinton in order to help elect the tycoon, and a special prosecutor is probing claims that his campaign colluded in this.

Trump angrily dismisses this allegation and the investigation as a "witch hunt," but ties remain under strain. Former CIA chief Pompeo appears to have raised the issue with Lavrov in their call.

"The two discussed issues and concerns related to the bilateral relationship, Ukraine, and Syria," Pompeo's spokeswoman Heather Nauert said after the phone call.

"Secretary Pompeo reiterated that though the United States seeks an improved relationship with Russia, achieving that will require Russia to demonstrate that it is prepared to take concrete actions to address our concerns, including interfering in US domestic matters."

In Moscow, the Foreign Ministry said the call had been organized at US request and that the pair had agreed "on the need to work together ... to overcome the existing disagreements through a professional dialogue." APP