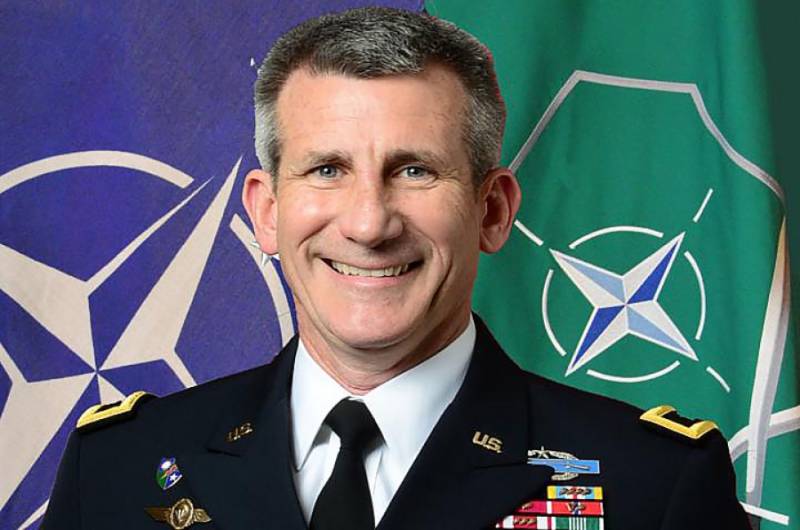 KABUL - The commander of the NATO-led Resolute Support Mission and US forces in Afghanistan Gen. John Nicholson says that the attack on the Ministry of Interior (MoI) compound was likely carried out by the Taliban, Haqqani Network.

Gen. Nicholson made the remarks during a video teleconference briefing the reporters in Pentagon from Kabul.

“We believe it was a Taliban, Haqqani attack, but we’re still developing that information. This tactic tracks with their tactics in the past, but more to follow on that as we learn more about the identity of the attackers,” Gen. Nicholson said in a response to a question.

According to a statement released by the Ministry of Interior (MoI), a group of at least ten militants launched a coordinated attack at around 12:10 pm local time today with an attempt to storm into the main compound of the ministry.

However, the ministry said the Afghan forces reacted on time and quickly to suppress the attack and managed to eliminate all the militants involved in they manage to enter the compound of the ministry.

The statement further added that the militants managed to reach to the entrance gate of the ministry compound by disguising themselves in military uniforms and using armored vehicles.