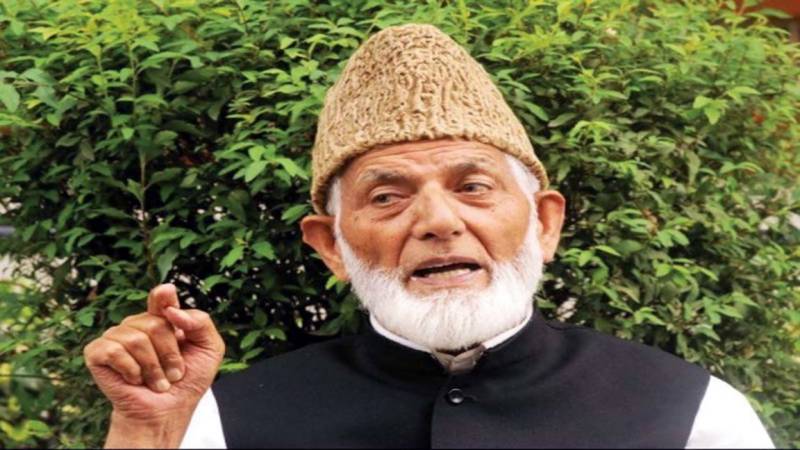 Srinagar: In Occupied Kashmir, the Chairman of All Parties Hurriyet Conference (APHC), Syed Ali Gilani, has said that the vandalism of residential houses and fruit orchards by the Indian troops in Shopian has deflated the balloon of India’s recent ceasefire hoax.

In a statement issued in Srinagar, he pointed out that India and its stooges had waged a war on the people of the Occupied territory, while the recent announcement of ceasefire was just a ploy to hoodwink the international community.

Meanwhile, people staged forceful demonstrations in Drabgam area of Pulwama district, today, against the desecration and vandalism of the grave of a martyred youth, Sameer Ahmed Butt by the Indian troops.

In Washington, the US State Department’s International Religious Freedom Report 2017 has criticized Indian authorities for not registering cases against attacks by Hindu “cow vigilantes” on Muslims in India and Jammu and Kashmir.