Frustrated Meesha Shafi hits out at her friends for ignoring her appeal
31 May, 2018 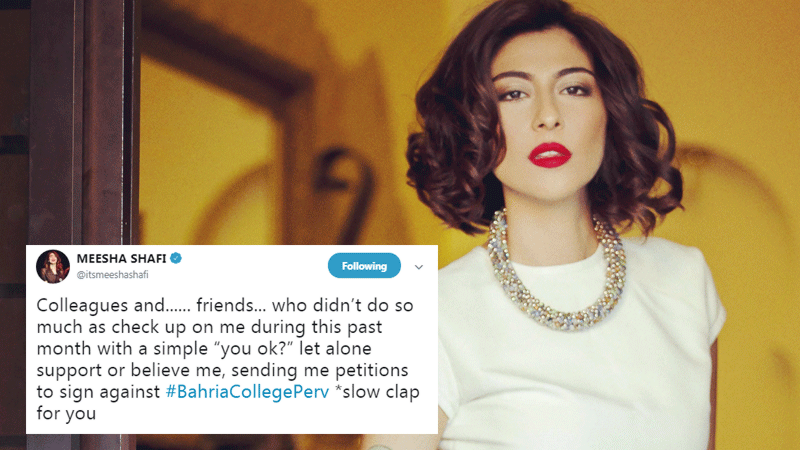 ISLAMABAD - Frustrated Meesha Shafi has lashed out at her friends over her episode of Sexual harrassment.

She was calling out her friends and colleagues for not supporting her when she came out with her #MeToo story <link>.

The singer, who received a petition to sign against #BahriaCollegePerv, had a savage tweet in response to those who doubted her.

The singer broke the 'culture of silence' in Pakistan by alleging that Ali Zafar sexually harassed her and prompted a wave of sexual harassment reports in the country.

The latest one being that of Bahria College Islamabad in which an intermediate student came forward and claimed that she and about 80 of her batchmates were sexually harassed by the examiner of their biology practical last week.

"Our examiner [...] groped almost 80 students and passed sleazy comments," she wrote in her Facebook post, in which she describes her own experience of being inappropriately touched by the examiner. Several other students have corroborated her story with their own experiences since then.

Immediately supporters of the #MeToo movement sprung into action and social media has since demanded justice for these women.