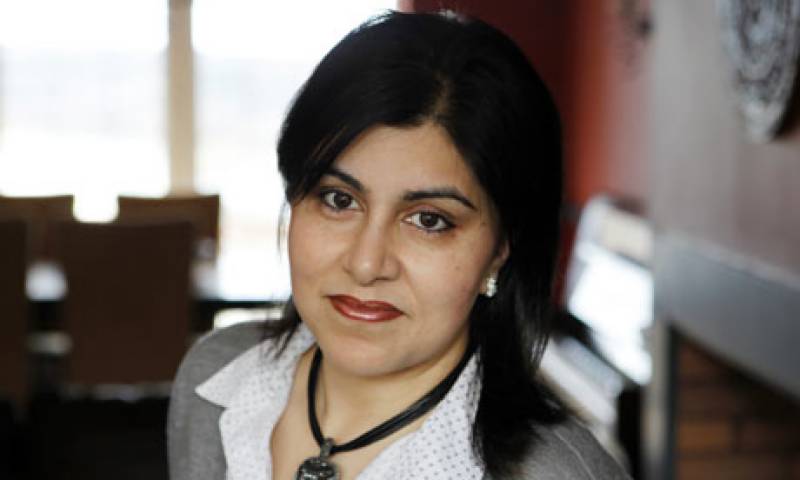 Muslim women should soon do away with ‘burqa’ themselves but the change should come from within the community than on government’s dictation, Said Saeeda Warsi the Muslim member of the British Cabinet.

“I want British Muslims to lead that charge … but I don’t want it to be done with a government diktat of what women can or can’t wear, because at what point do you start to draw the lines?” said Sayeeda Warsi, adding that she thought the head-to-toe garment was “not the best manifestation of British Islam.”

“What else will offend us that we don’t want people to go around wearing? There are people in conservative societies across this country who would be offended at what certain girls are wearing out on a Friday night. What are we going to do, ban that next because we’re offended by it?”

During her speech at the Hay literary festival, Lady Warsi also criticised the British government’s policy to tackle homegrown ‘radicalisation’. “We cannot afford to have sloppy, lazy, ideologically driven decision-making in this area of policy. It is about our national security,” she stressed.

“We say it is all ideology,” she said. “Ideology is a part of it, but it is not all ideology. And the concern that I have in terms of government decision-making is if we genuinely want to deal with this – which we are – then we have to go back to seeing what the evidence says …”

Born and raised in Dewsbury, Yorkshire, the conservative peer highlighted that despite her and the 7/7 suicide bomber growing up a few streets away from each other, their lives ended up so differently.

“We went to the same schools, the same mosques, had the same friends, had a similar experience,” she told the audience. “Why does one person end up becoming the first Muslim in the British cabinet and the other becomes Britain’s first suicide bomber? We have to track that and find detailed evidence-based answers to that, if we’re genuinely going to tackle this.”

Warsi, who previously supported faith schools, said she was “not convinced bringing up kids in a single-faith school is good for them.