Pakistan expresses concerns over use of Afghan territory for drone strikes
31 May, 2016 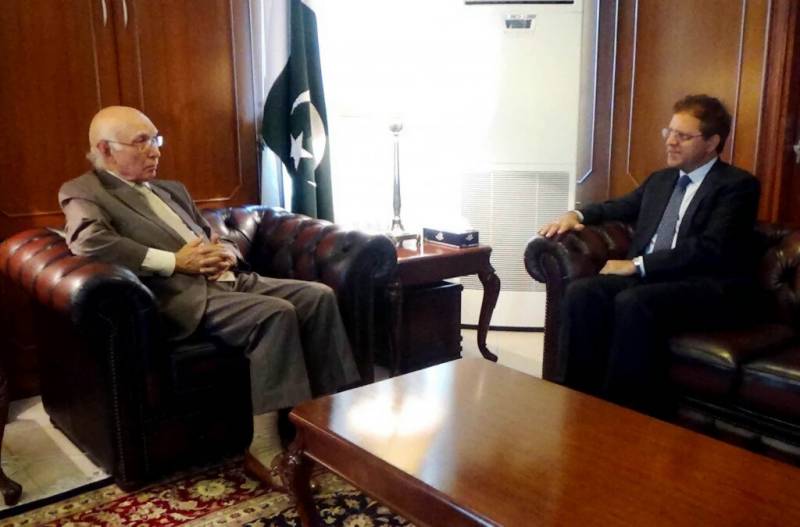 ISLAMABAD: Advisor to PM Nawaz Sharif on foreign affairs Sartaj Aziz has expressed his serious concerns with Afghan Ambassador Dr. Omer Zakhiwal over the use of Afghan territory for drone strike in Pakistan.

As per details, Afghan envoy to Pakistan Dr. Omer Zakhiwal held meeting with Sartaj Aziz here today in Islamabad while it was the first meeting at diplomatic level between both countries after the death of Mullah Akhtar Mansoor in US drone attack.

Both dignitaries exchanged views over the situation after the death of Mullah Akhtar. Both also discussed the future of reconciliation process during the meeting.

Border security situation and statements of Afghan leadership also came under discussion in detail during meeting.

Expressing reservation over the use of Afghan soil for drone strike in Pakistan, Sartaj Aziz emphasized that both countries should not let their territory be used against each other.

It is also worthy to mention here that two people were killed including Ameer of Afghan Taliban Mullah Akhtar in area of Baluchistan by US drone strike.