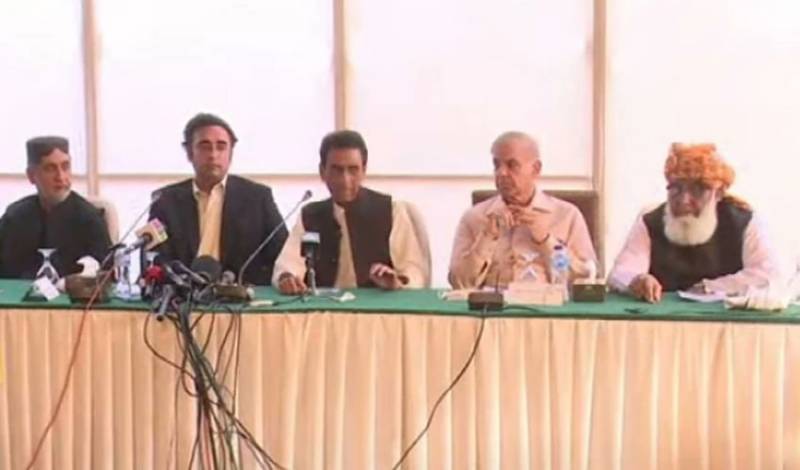 ISLAMABAD - MQM has announced to separate ways from the government and stand with opposition allies. Sources have revealed that MQM decision came after an important phone call from London. Reportedly exiled leader Altaf Hussian had asked MQM Pakistan to vote for the opposition parties in the upcoming No Confidence Vote.

MQM shifting loyalties on orders from London is linked with the international regime change conspiracy against PM Imran Khan government. Few days ago Altaf Hussian was given a clean chit by the London Court after which reportedly he has again started his political activities indirectly in Pakistan.

In the past Altaf Hussian has admitted links with Indian RAW for destabilising Pakistan’s economic capital Karachi. MQM London Chief had clear links with the Indian RAW and as well as other foreign intelligence agencies in London.

This development further strengthening the reports of the foreign interference in Pakistani politics and regime change plan against PM Imran Khan. MQM London has been activated and in coming days will take over MQM Pakistan as was the case in the past decades.

Reportedly RAW and other foreign intelligence agencies officials have held secret meetings with Altaf Hussian for his relaunching in Pakistani politics. A prominent MNA of MQM had also hinted of supporting the cause of MQM London Chief Altaf Hussian.

Some media reports have further claimed that an Indian origin female politician in London has also played her role in all this episode. She has been playing an active role in London and has been a part of the regime change plan against Pakistani PM Khan.

MQM leader Khalid Maqbool while announcing support for the No Confidence Vote had said that today they have united on the historic day. “Today is the day of prayers. On this historic occasion, we are with opposition,” he added.

He said that in this decision there is not any personal of party’s benefit. “We have given prioritized Pakistan’s benefits over our political benefits,” he concluded.