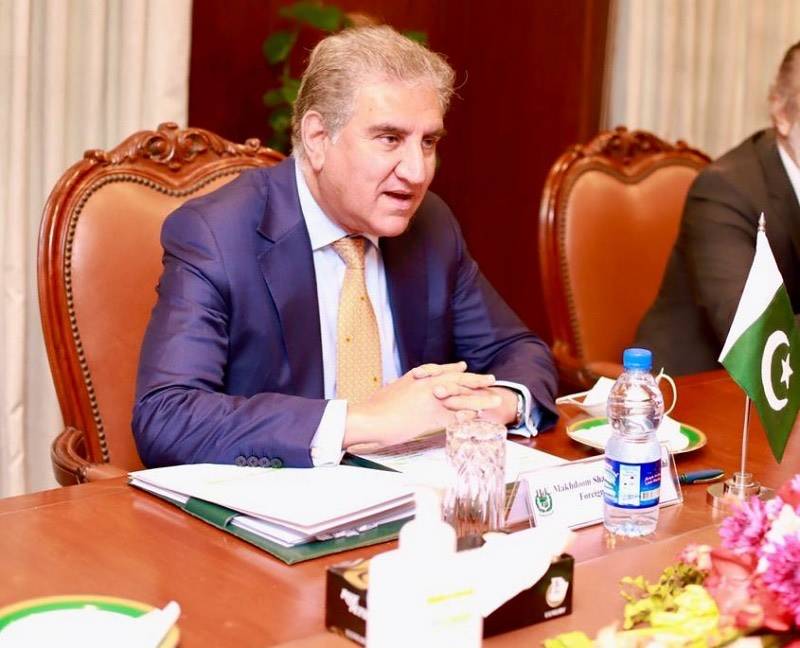 *BEIJING, China: The Foreign Minister Shah Mahmood Qureshi met his Russian and Iranian Counterparts on the sidelines of the Ministerial Meeting of the Neighbouring Countries of Afghanistan in China on Wednesday.*

In his meeting with the Foreign Minister of the Russian Federation Sergey Lavrov, the two foreign ministers reviewed Pakistan-Russia bilateral relations and exchanged views on the regional situation.

Shah Mahmood Qureshi shared Pakistan’s principled position on the situation in Ukraine including cessation of hostilities, provision of humanitarian assistance, and efforts for a solution through dialogue and diplomacy.

The foreign minister expressed the hope that talks between Russia and Ukraine would succeed in finding a diplomatic solution.

Qureshi also conveyed Pakistan’s readiness to reinforce efforts for a diplomatic solution including through the OIC platform.

Separately in another meeting, the Foreign Minister Shah Mahmood Qureshi and the Iranian Foreign Minister Dr. Hossein Amir Abdollahian had a comprehensive review of bilateral relations and the regional situation.

The foreign minister expressed the hope that the Joint Economic Commission Session would be held at the earliest to boost trade and economic collaboration.

The foreign minister expressed satisfaction on the facilitative movement of trucks under TIR, which would further strengthen economic linkages in the region.

Qureshi also underscored the importance of earliest completion of border markets in the context of enhanced bilateral economic cooperation.

The foreign minister also briefed on the unprovoked violation of Pakistan’s airspace by an Indian supersonic missile, underlining that such actions were fraught with grave implications and represented a serious threat to regional peace and stability.

On the situation in Afghanistan, he highlighted that as neighbours, Pakistan and Iran had been closely coordinating. Pakistan would continue to play its role for political and economic stability of Afghanistan, which would ultimately benefit the entire region.

The Iranian foreign minister also extended an invitation to Qureshi to visit Iran to carry forward the process of expansion of bilateral relations.

The Foreign Minister Shah Mahmood Qureshi is visiting China to participate in the Third Ministerial Meeting of Neighboring Countries of Afghanistan from March 29-31, 2022.