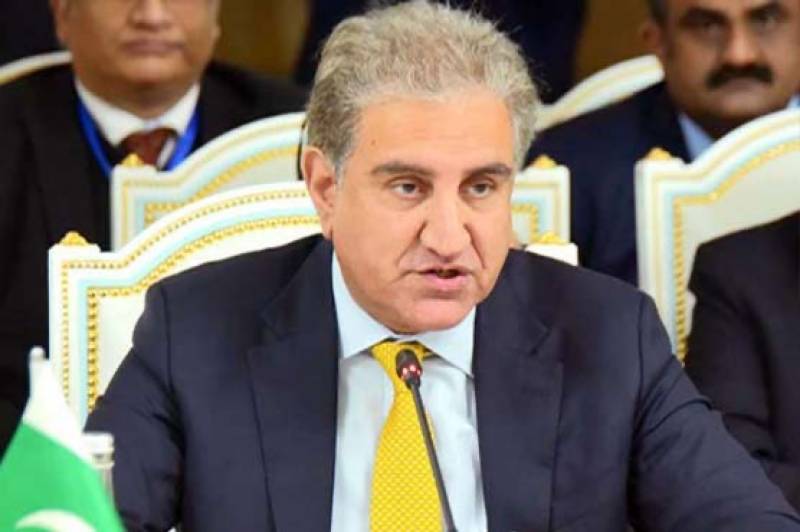 DUSHANBE - Foreign Minister Shah Mahmood Qureshi has reiterated Pakistan’s continued support for a peaceful, stable, united, democratic, sovereign and prosperous Afghanistan. Addressing the 9th Ministerial Conference of the Heart of Asia-Istanbul Process, in Dushanbe on Tuesday, he said that Afghan people have a historic opportunity for establishing peace in their country.

He said that the deliberations at the conference will be meaningful and productive and the Dushanbe declaration will reflect our resolve to support and stand by the Afghan people at this most consequential time in their history. Expressing concern over the violence in Afghanistan, he said that precious lives are being lost due to violent incidents in the country. He said that Pakistan played a vital role for continuing the Afghan Peace Process. He said that Pakistan consistently urged the Afghan people to remain constructively engaged for securing a positive outcome.

He urged the Afghan people to take the process forward through good faith, substantive and result-oriented negotiation. Highlighting Pakistan’s contribution towards Afghanistan’s development, Shah Mahmood Qureshi said that besides facilitating the peace process Pakistan has been extending all possible support to Afghanistan.

He said that Pakistan has committed One billion US dollars for Afghanistan’s development and reconstruction out of which nearly $ 500 million have already been spent on infrastructure and capacity building projects. He said that a new visa regime has been instituted to facilitate travel. Shah Mahmood Qureshi said that besides COVID-19 Pakistan has opened five border crossing points with Afghanistan to facilitate bilateral and transit trade.

He said that Pakistan is committed to move forward on regional connectivity and energy projects such as CASA 100 and TAPI. Mentioning the negative role of spoilers in the Afghan peace process, the Foreign Minister said that Pakistan has consistently cautioned against the role of the spoilers both within and outside Afghanistan. He said that we remain deeply concerned about the continuation of firings across Afghanistan resulting in loss of precious lives.

He said that any space gained by ISIS and Al-Qaeda in Afghanistan will accentuate the threat of terrorism. Expressing concern over the risk posed by the damaged infrastructure in the war torn country and lack of the economic opportunities, he said that these factors will undermine the gains made in the peace process.

He said that the signing of the Doha Agreement was a moment of hope and optimism and it must be our collective endeavor to ensure that this hope is not lost. For this, everyone will have to show every bit of patience, commitment and perseverance, adding that the constructive engagement and consultation on all key aspects is imperative. Foreign Minister said that flexibility and spirit of compromise would be indispensible.

He suggested that the progress made on the Doha Process should be consolidated preserving the international community’s adjustment and the development gains made over the years, ensuring an orderly and responsible withdrawal making sure that reduction in violence and ceasefire is achieved at the earliest, culminating the Afghan-led and Afghan-owned process into a political solution, securing the international community’s financial engagement to support Afghanistan in its post-conflict path to progress.

He said that the process should also include the long-term reconstruction and economic development for Afghanistan creating pull factors for the Afghan refugees to return to their homeland with dignity and honour through a time bound and well-resourced plan. Expressing pleasure over participation in the conference, Foreign Minister felicitated the Tajik government for convening the conference amid the Covid pandemic.