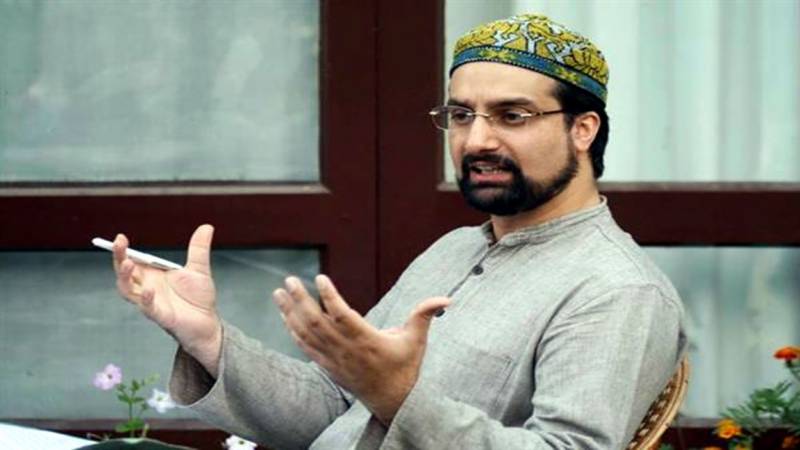 In occupied Kashmir, the Chairman Hurriyat forum, Mirwaiz Umar Farooq, has said that seeking resolution of the Kashmir dispute is neither terror nor crime.

Mirwaiz Umar Farooq addressing a gathering in Srinagar said that India should not criminalize the Kashmiris’ political aspirations which were rooted in history and principle of justice. He said that the Hurriyat leadership has always taken a realistic and principled stance and advocated dialogue among stakeholders to find an acceptable solution for all parties involved in the dispute.

The Jammu and Kashmir Liberation Front in a statement issued in Srinagar said that New Delhi should read writing on the wall that Kashmiris would not compromise on their fundamental rights including the right to self-determination.

On the other hand, in order to suppress the Kashmiris’ ongoing freedom movement, the Indian government has constituted a special group comprising top officers from police, intelligence, investigative and tax agencies to victimize and harass the pro-freedom people including Hurriyat leaders and activists in occupied Kashmir.

A Sub-Inspector of Indo-Tibetan Border Police committed suicide by shooting himself with his service rifle at a camp in Kunzar area of Baramulla district, today. This incident raised the number of such deaths amongst the Indian troops and police personnel to 424 in occupied Kashmir since January 2007 till date.