Despite being the largest salt producer of the World, Pakistan ranks at No 20 for salt export due poor policies
31 Mar, 2019 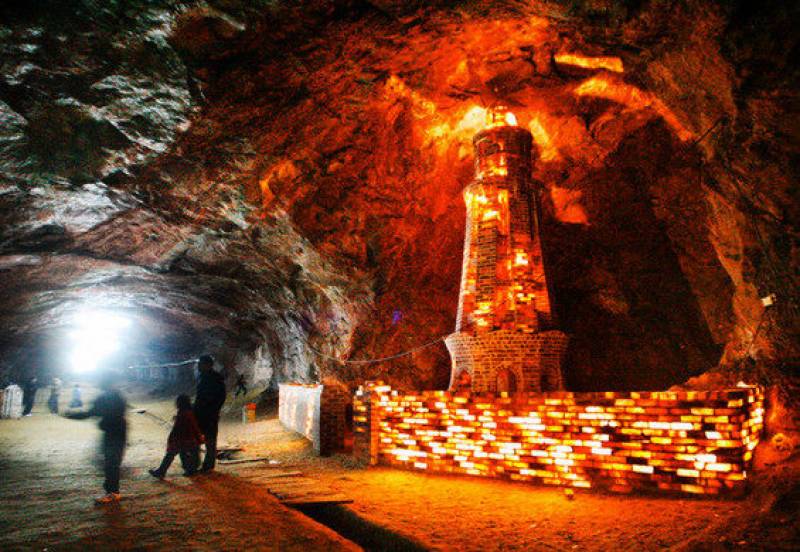 ISLAMABAD - The mining experts Friday called for evolving a comprehensive annual ‘Salt Export Policy ‘(SEP) to regularize country’s salt trade and to develop a branding mechanism to sell the commodity in the international market on competitive prices.

Despite being world’s largest salt producer, Pakistan drags at number 20 in the exporters’ category, and is unable to make its place in the lucrative world salt market.

Pakistan produces high-quality salt; popular in many countries due to its red and pink varieties and was a preferred choice for use in daily diet. It was also utilized by different industries including construction, decoration, soap, saloon and health fitness and beauty industry.

“We need to stop the illegal trade and evolve proper “Salt export Policy” for regularizing the salt export and proper branding to sell in the international marker,” a senior official of Commerce Ministry told APP Friday.

However regretted that the absence of Global Indication Law (GIL) was a cause of huge loss to the national economy as Pakistan could not directly export the commodity with its own branding.

“Illegal regional trade and absence of GIL was major cause of loss in salt industry,” the official, who requested not be named.

He said private illegal traders and exporters were exporting raw salt from the country to regional countries, especially to India, where it was branded locally and exported as an Indian produce. The profit that could have been earned by Pakistan, goes to other countries, he lamented.

Highlighting the chronological developments, he said that before 2007, salt export was regulated by the Pakistan Minerals Development Cooperation (PMDC), which was responsible for maintaining and regulating its prices and exports. However, later it was taken away from PMDC and handed over to private sector.

“The private sector exporters are now exploiting the situation and export raw salt to India and other countries on less and non- regulated price, which has been causing losses to the country’s economy,” he said.

He said because of this practice by private companies’ the Pakistani salt was not sold in international market with its own branding while India was taking full advantage by using its own brand, as Pakistan lacks the GIL.

He said despite huge reserves, Pakistan was ranked at 20th place in salt export countries with annual $ 1.7 billion exports despite the fact that it was among largest salt producing countries.

He said Pakistan had an estimated 700 miles salt range, the largest in the world including those at Khewra, Warcha and Kalabagh.

He said China, United States, India and Germany were the largest salt exporter destinations of Pakistan, however pointed that Pakistan exports only raw salt and other countries sell the same using their own brand and earning huge foreign exchange.

Meanwhile, an official of the ministry said that the Intellectual Property Organization (IPO) was in the process of formulating strict regulations to discourage the illegal branding of Pakistani products by other countries in international market, particularly its salt and Basmati rice.

“The IPO is striving to get approve the Geographical Indication Law (GIL) from the parliament of Pakistan and if passed, it will restrict all the foreign companies to sell Pakistani salt and other products using their tag,” he added.

Currently, some countries were selling Pakistan’s famous Khewra salt with their brand names in different countries which Pakistan wanted to curtail by making the required international legislation.

A senior official at IPO said that a draft of the legislation had been forwarded to the law ministry for vetting and its onward tabling before the parliament for consideration.