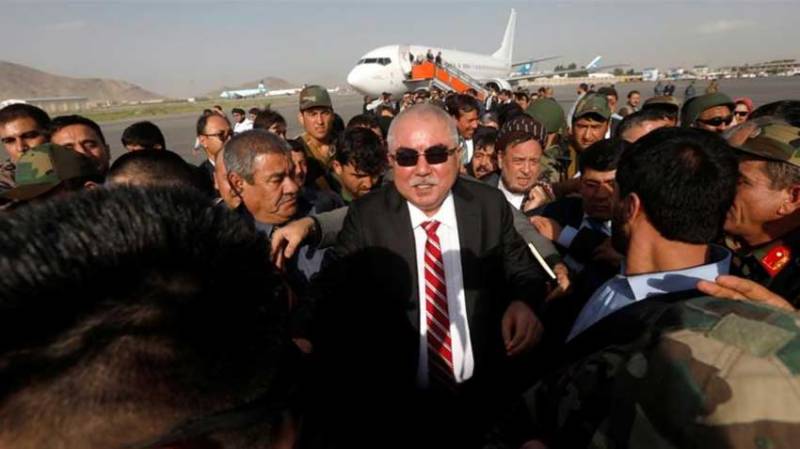 KABUL: The Vice-President of Afghanistan, General Abdul Rashid Dostum narrowly escaped in a bid on his life in Balkh Province.

Afghan officials said the attakers ambushed Gen Dostum's convoy on the way from Mazar-i-Sharif in Balkh province to Jawzjan province in northern Afghanistan.

According to a spokesman of Rashid Dostum's Junbish-e-Milli Party, one of the bodyguards was also killed while two others were injured in the attack.

Taliban have claimed responsibility of the attack.