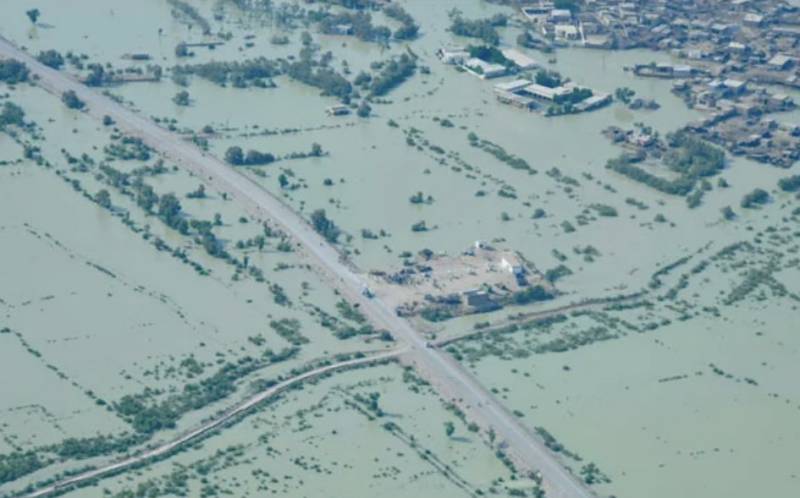 *QUETTA: At least seven dams have been broken in Balochistan after torrential rains in the province, while the death toll has jumped to 127. *

According to details, everything has been destroyed due to heavy rains and floods in Balochistan, and the affectees are forced to live under the open sky as thousands of houses have been destroyed.

According to PDMA, 7 dams have broken due to rains in Balochistan, while many dams have been filled with water. The areas have come under water and communication with many cities has been cut off, the floodplain is also moving towards Sindh from Jhal Magsi.

Meerani Dam link in Turbat has overflowed, due to which the spillways have opened and water is continuing to flow, the highest level of Meerani Dam is 244 feet, and the current water level is 246 feet.

Meanwhile, the water level at Guddu barrage has increased by 20 thousand cusecs during 24 hours, there is low level flood in Tarbela, Chashma, Taunsa, Guddu and Sukkur barrage.