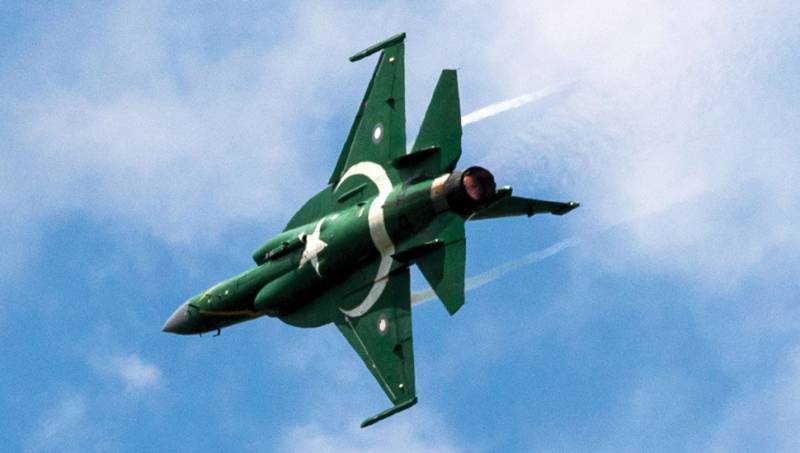 ISLAMABAD: The Pakistan Air Force (PAF) marked a major progress in its national air defence arsenal as it announced beginning the production of the state-of-the-art JF-17 Thunder Block 3 fighter jets, besides inducting 14 dual-seat JF-17 aircraft in the fleet.

According to reports, the JF-17 Thunder Block 3 of the PAF will be operational with a new radar and will be better than the Raphael aircraft acquired by India.

At the same time, 14 dual-seat aircraft, manufactured with Pakistan-China cooperation were also handed over to the PAF. These will also be used for training.

“Pakistan Air Force Block III is a very important project,” he said, adding “Cooperation in defence production is an example of our friendship.”

Chief of Air Staff Air Chief Marshal Mujahid Anwar Khan also informed of the inclusion of the dual-seat JF-17 aircraft in the PAF’s fleet. The air chief thanked China for helping Pakistan in achieving this milestone.

Despite its meagre defence budget, Pakistan Aeronautical Complex (PAC) Kamra has delivered more than 100 home-made JF-17 Block One and Block Two aircraft to the Pakistan Air Force since November 2009.

In the recent Pak-India tensions, this aircraft played an important role in the national defence by shooting down two superior Indian technology aircraft along the Line of Control (LoC).

Separately, Pakistan Navy on Wednesday conducted a successful demonstration of missiles fire from surface to air and the missiles successfully hit their targets.

Admiral Niazi said that the Pakistan Navy is fully capable of giving a befitting response to any aggression. He said that the jawans and officers of Pakistan Navy are ever ready to defend maritime boundaries of the country and the naval installations.