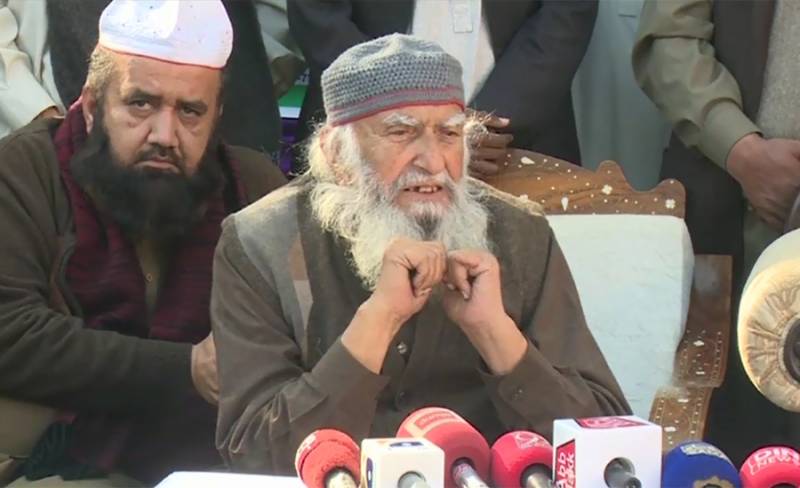 TAUNSA SHARIF – Pir Hameeduddin Sialvi has on Sunday while reaffirming on his demand for the resignation of Punjab Law Minister Rana Sanaullah said that he is a religious man and would not participate in any sit-in.

Addressing the Mashaikh Azzam conference in DG Khan, he said that they had initiated the Khatam-e-Nabuwat movement, adding that they would sacrifice just like they did during the movement for independence of Pakistan.

The religious cleric while announcing to hold the convention in Sial Sharif on 10th of January threatened to launch a “Fill the Jail Movement” (Jail Bharo Tehreek).

The Pir of Sial went on to say that neither he belonged to any political party nor they had gathered for politics.

Peer Hameeduddin Sialvi demanded a box for religion on passport and national identity card. He said: “They would sacrifice their lives thousand times for Holy Prophet Muhammad (PBUH).”