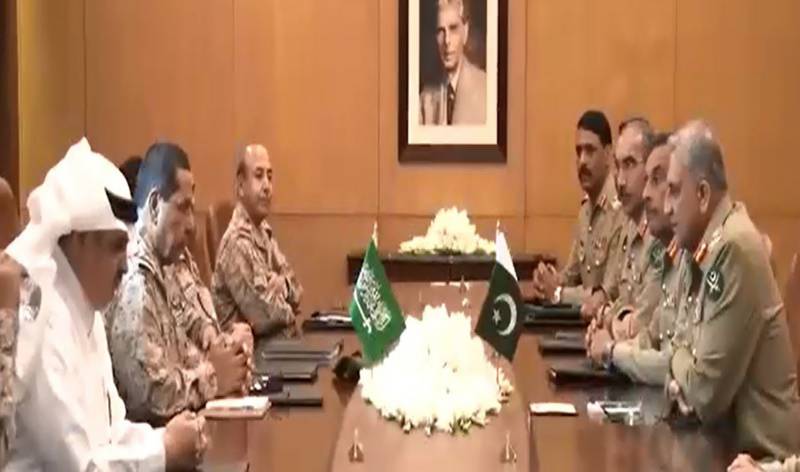 Matters of mutual and professional interests including regional security situation were discussed during the meeting.

Earlier on arrival at GHQ, Commander RSLF laid a floral wreath at Yadgar-e-Shuhada and was presented the Guard of Honour.