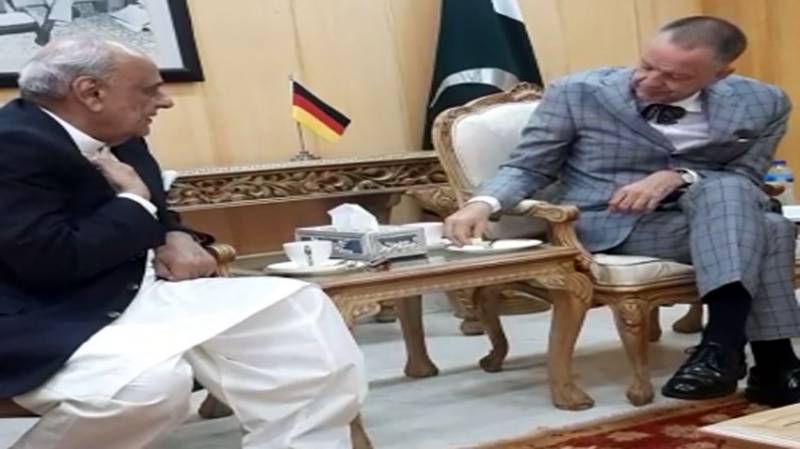 German Ambassador Bernhard Schlagheck says his country is deliberating upon initiating development projects in Pakistan due to improved security situation in the country.

He made these remarks during a meeting with Interior Minister Ijaz Ahmad Shah in Islamabad on Monday.

The German Ambassador expressed gratitude to the law enforcement agencies of Pakistan for improvement in security situation in the country.

He also applauded role of the Interior Minister over improving security of the Diplomatic Enclave.

The Interior Minister said relations between Pakistan and Germany have significantly improved, and they will hopefully further improve in days to come.

He said Narendra Modi is neither ready on mediation nor dialogue. He said the extremist face of Modi has been exposed before the world.