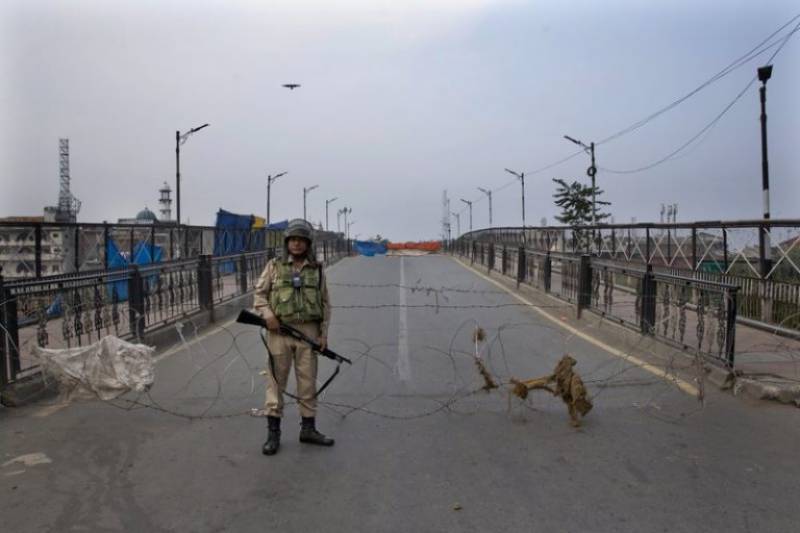 ISLAMABAD: The Commonwealth Parliamentary Association (CPA) has decided to probe the ongoing siege in the Indian Occupied Kashmir (IOK) and the dissolution of its legislature, which had been a member of the CPA.

It has asked Pakistan to submit a written application for an investigation in this matter, said a press release received here on Sunday.

This was stated by the President of the General Assembly of the 64th Commonwealth Parliamentary Conference, Rebeca Alitwala Kadaga, the Speaker of the Parliament of Uganda and the host of the conference.

Her statement came in wake of the powerful interventions made by Pakistan’s delegates, led by Minister for Inter-Provincial Coordination Dr Fehmida Mirza.

Dr. Mirza was followed by MNA Dr Aisha Ghous Pasha, who strongly objected to the continued siege of Kashmir by the Indian occupying forces, calling the Valley of Kashmir “world’s largest open-air prison”

While drawing the attention of the General Assembly, Dr. Fehmida Mirza said the legislature of the IOK, which was a branch of the CPA, had been held in abeyance by the association on account of its dismissal by the Occupied State’s Governor.

However, she said the CPA had neither investigated nor looked into the reasons under which even the limited and controlled representation had been snatched from the beleaguered people of Kashmir by occupying forces.

“The people of IOK are under siege since August 5. All elected representatives of the valley are under detention and deprived of any voice,” said Dr. Mirza, informing the delegates that the state had remained under continued curfew for over 54 days now.

Upon undue interruption by the Indian delegation, Dr. Mirza forcefully voiced her outrage for the rights of Kashmiris. Her intervention drew interest from delegates from other Member States, who joined Pakistan delegation, yelling a loud “NO” as an Indian delegate tried to call the issue an internal matter of India.

Dr. Ayesha Ghous Pasha, while taking the floor, lamented the fact that the so-called largest democracy of the world had in fact choked people’s voices, where women and children were the worst victims of continued Indian aggression.

“CPA stands for defending democratic rights and freedoms of people of its member branches. If IOK is a legitimate Branch of CPA, any act of silence or shying away from the continued breach of human rights in Kashmir will cast a dark shadow on this House,” said Dr. Ayesha.

Later, as the Indian delegates tried to justify the dismissal of the Assembly of the Indian held Kashmir, he was booed down by the House. The Chair, while taking note of the situation, ruled the Executive Committee of the CPA to investigate the matter on a written complaint, as moved by the Pakistan delegation.