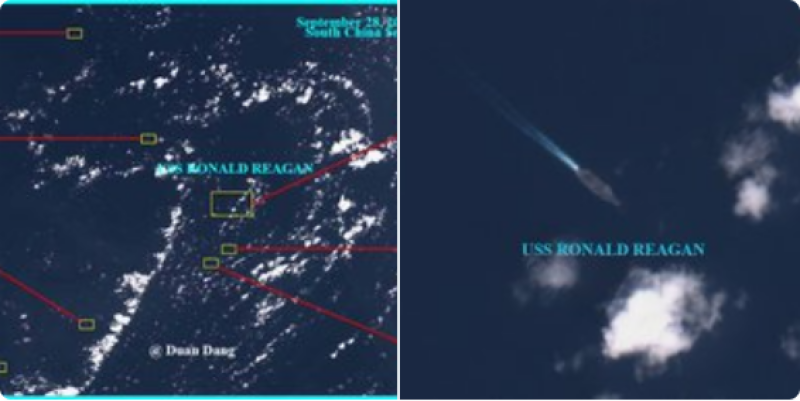 MOSCOW - The US Navy regularly conducts so-called freedom of navigation operations in the disputed waters of the South China Sea, currently mostly controlled by Beijing. The latter condemns such actions as "provocations" and frequently calls on Washington to cease carrying them out.

The image, which later spread to other social media platforms, also suggested that USS Ronald Regan was alon when it was allegedly surrounded northeast of the Spratly Islands in the South China Sea, although aircraft carriers are usually accompanied by other warships.

Spokeswoman for the US 7th Fleet refused to confirm whether the incident really took place, saying only that the carrier is "conducting routine operations".

A spokesperson for the Chinese Defence Ministry neither confirmed nor denied link that the US warship had been surrounded, but noted when responding to a question about their publication that the USS Ronald Reagan was sent to the region to "flex muscles and escalate regional militarisation".

"We are firmly opposed to that. We urge the US side to respect the security concerns of countries in the region and make positive contributions to the peace and stability in the South China Sea", the spokesperson said.