Big demonstration held in yet another European capital against India over Occupied Kashmir
30 Sep, 2019 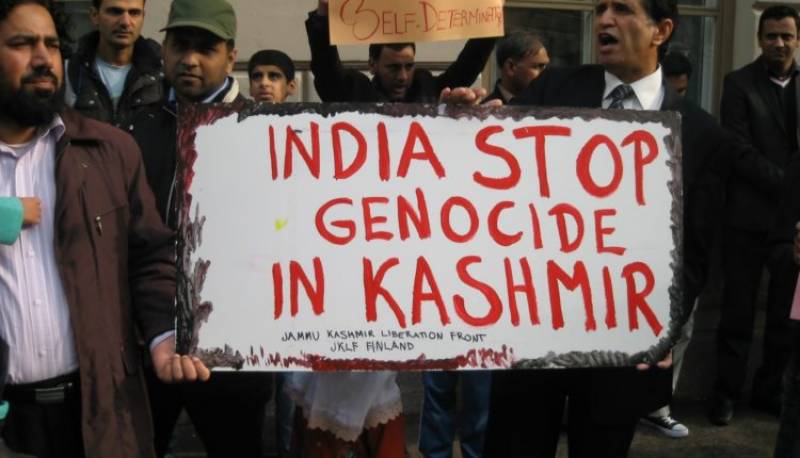 *HELSINKI: **Yet another big demonstration held in European capital against India over Occupied Kashmir.*

*The anti-India protest demonstra**tion was held in Helinski, the capital of Finland, to condemn the latest New Dehli’s actions in occupied Kashmir.*

The protest demonstration was arranged by the Jammu and Kashmir Liberation European Union zone.

They also condemned the Indian tribunal’s unilateral and biased decision to uphold the ban on JKLF without any concrete evidence and proper judicial proceedings.

The protesters said that the ban was imposed and then upheld by the Indian judiciary on the wishes of the Hindu extremist Indian government led by Narendra Modi.

As per a detailed statement issued by the party, the participants said that the demand for the fundamental rights of the people, especially the right to self-determination and freedom is not against any international law nor is it illegal to raise a voice against state terrorism.